TWICE release completed track list for ‘The Year of Yes’

TWICE release completed track list for ‘The Year of Yes’

On December 4th, TWICE released their completed track list for ‘The Year of Yes‘. Check it out below! 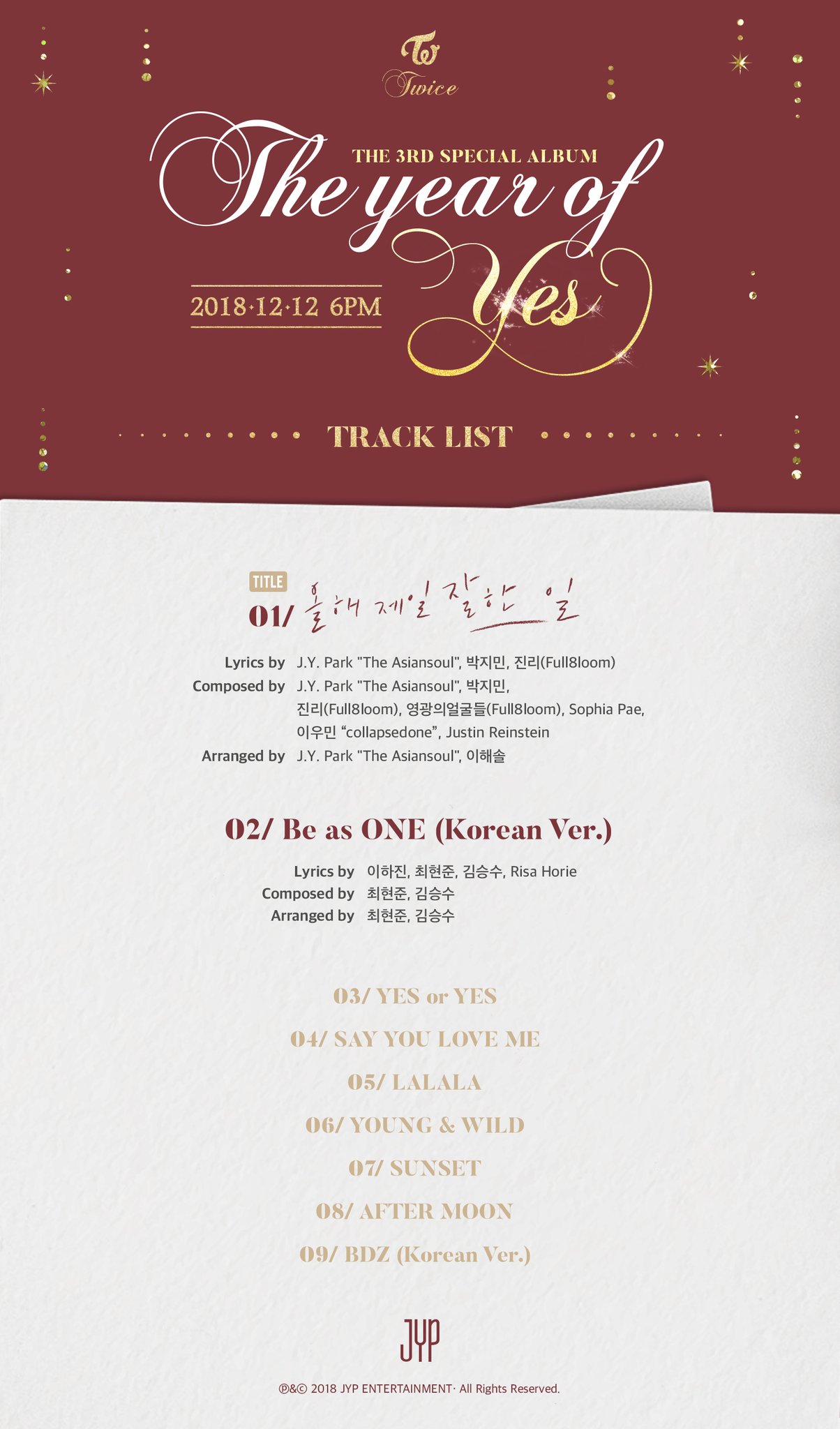 The repackaged album contains nine songs in total. The title track is ‘The Best Thing I Ever Did‘. Furthermore, the album will include a Korean version of their track ‘Be as One‘. It was originally released in their Japanese album ‘BDZ‘. ONCEs are definitely excited to finally hear a Korean version of one of the group’s Japanese hits.

What do you think about TWICE‘s track list for ‘The Year of Yes‘? Let us know in the comments below.