Onces is definitely well-fed with all these comebacks one after the other! While currently teasing for TWICE‘s Korean comeback with their fifth mini album, ‘What Is Love‘, they have revealed that they will be releasing a new Japanese single! So, check out the new announcement and current lyrics teaser below! 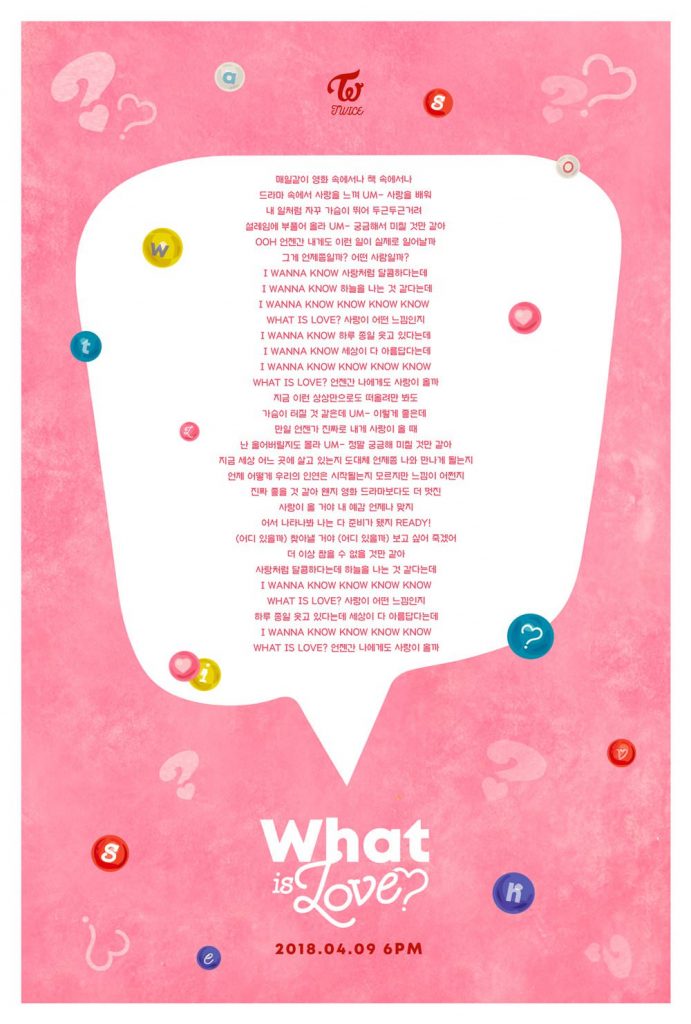 So, to get fans excited, they have revealed the whole lyrics to their title track, ‘What Is Love‘. Even though we don’t know the tune of the track, it appears that the chorus may be a catchy one with the repeats of “I Wanna Know Know Know Know“. It will be interesting to see how that will sound like!

Meanwhile, they have also revealed the album packaging details. The girls will be releasing two versions: an ‘A‘ and a ‘B‘ version. Both versions will come with a photo book, the CD-R, a photo card, a scratch photo card, a lyrics book, a clear postcard and stickers. For those who are pre-ordering, they will also get an event photo card, another photocard and a poster.