Twice announced their third extended play (EP) ‘TWICEcoaster: LANE1’. The mini album will be released on the 24th! To build the anticipation the girls are going to release something new each day until the album’s release. The intro film was released earlier today, but we should expect an album image, a tracklist, photos, films and music video teasers to follow suit. 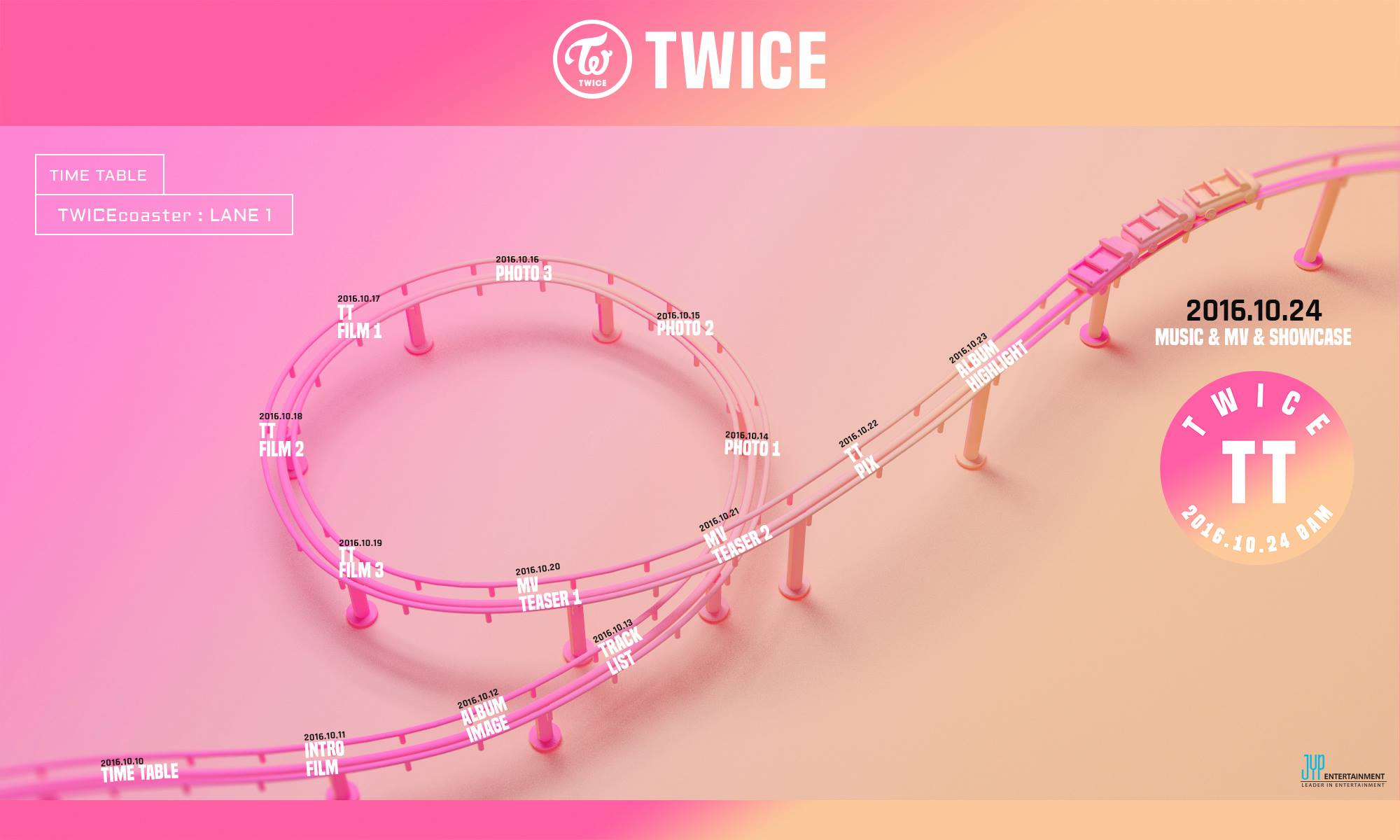 Following up with JYP Entertainment’s confirmation the girls will be working with Black Eyed Pilseung, composer of  ‘Like OOH-AHH’  off ‘The Story Begins‘ debut EP.

Are you excited for TWICE to have their comeback? Let us know in the comments below!