Posted on the Twice’s official Twitter on August 26th, a teaser photo for a new Twice TV special was revealed.  In the photo, Sana is shown in costume as Harley Quinn. It appears that Twice will be given a special theme for their show, it being titled “Melody Project”. Nothing else has been released in detail on the project, but according to the tweet, this is the first of many photos to be released. 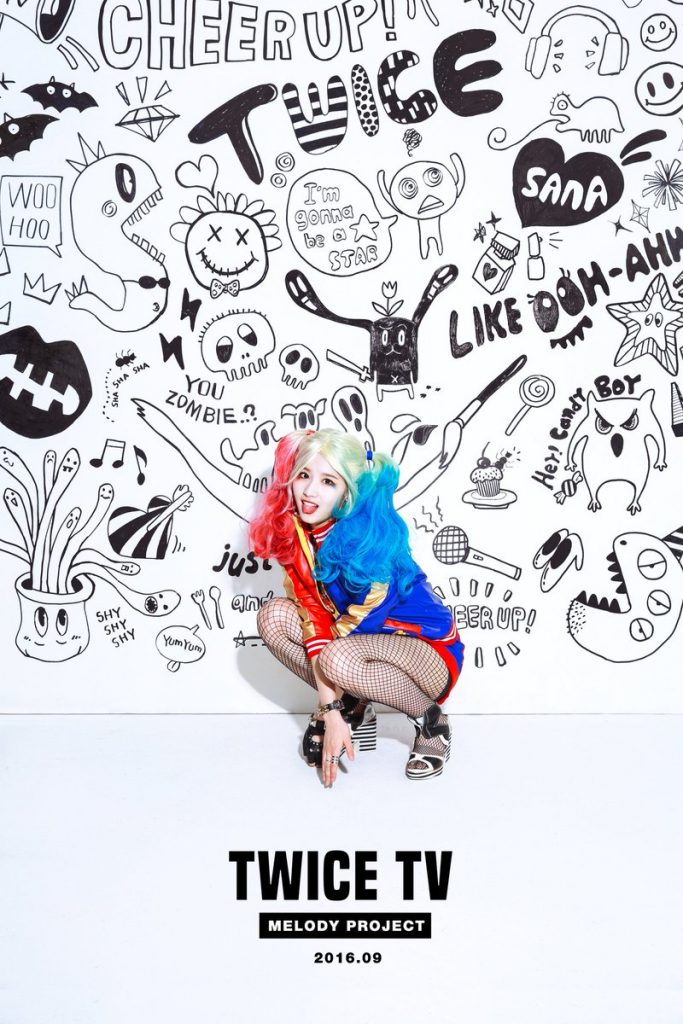 Sana even took to V Live to post a video for fans. Looking adorable in her costume, she waved to fans and told them about the photo shoot she had just completed. You can find the video here! To keep up with Twice, and their future activities, be sure to follow them on their official Twitter!