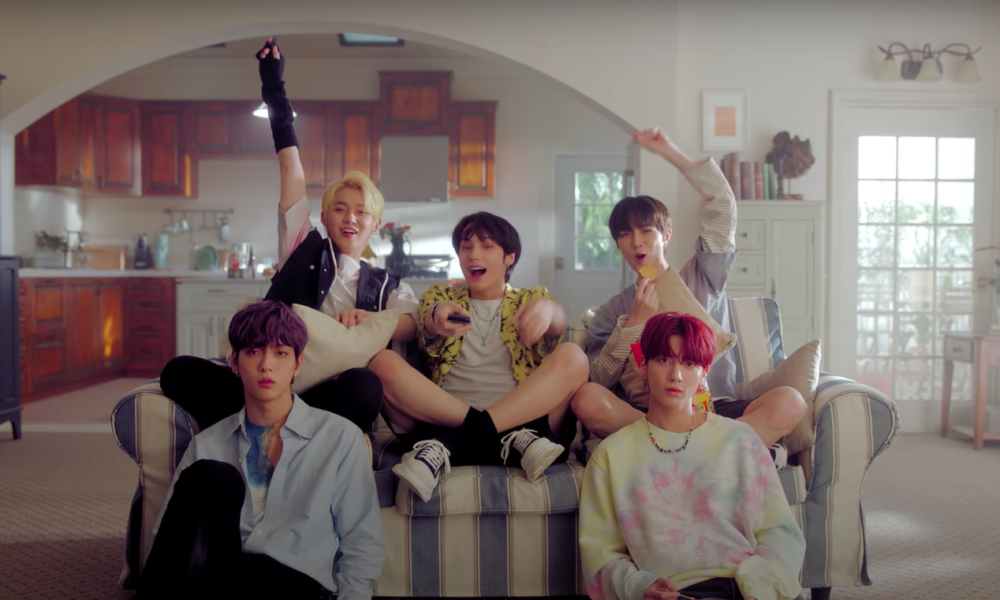 The MV shows the five members hanging out at leader Soobin‘s house. They seem to be doing mundane activities like watching TV and taking selfies before things take a turn. They start fooling around with red fruits like strawberries and tomatoes. Soon, some of the members start getting angry with each other. Even as they sit down for dinner together, they eat red foods, which can be symbolic of their growing anger and frustration towards each other. When night falls, the members start to mess up Soobin‘s house and he finally gets angry. The house catches on fire and all five members end up in separate rooms.

The song is fast-paced and emotional, which reflects the angry feelings the group have in the MV. Likewise, the choreography has many sharp and disjointed movements.

What do you think about TXT‘s comeback with ‘Can’t You See Me‘? Let us know in the comments below.