U-KISS‘ members AJ and Kevin show support to their fellow member, Hoon, by attending his musical ‘When A Man Loves’.

On May 10th, Kevin tweeted the picture below, updating fans on his whereabouts. Both Kevin and AJ had gone to see Hoon perform in his first musical. They even managed to take a picture with him back stage, as shown above!

The members showed their fun and close relationship, especially as AJ and Kevin still managed to visit Hoon even with their busy schedules. They are currently performing under U-KISS’ first subunit ‘uBEAT’ —which consists of AJ and Eli, and features Kevin. 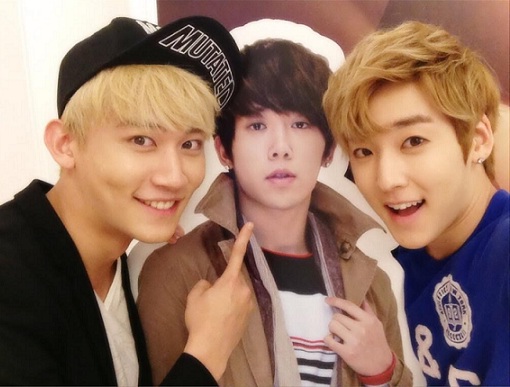