It is a sad day in K-Pop for U-KISS lost a member. Deciding not to return with the group, AJ will not renew his contract. Posting a heartfelt, hand written note to his official fan cafe, he told fans that his contract ended with NH Media on August 29th. 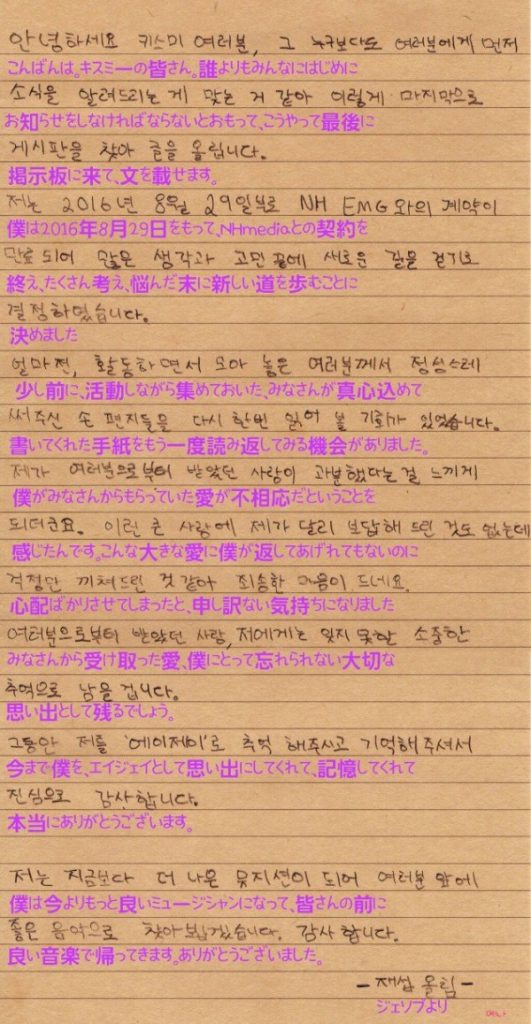 He ended the note thanking fans for their loving support. He also mentioned that he would produce better music in the future and would become a better musician for them.

AJ had been absent from the group while he completed his degree at Columbia University in New York. Sources say that he had been negotiating with the company to return after he had finished his studies, but the juggling of the two demands became too much. His strong focus on school took precedent over his idol life.

No matter what happens with AJ in the future, we hope to see him become as successful as ever. It is extremely hard for an idol to part ways with their group, and we wish AJ the utmost success for his future!

Stay tuned to Officially KMusic for coverage on the latest K-Pop news.