During the episode, Eli revealed how he met his wife who is a former racing model and how his life has changed after his son’s birth.

Eli shares, “I first met [her] at a car gathering. As soon as I laid my eyes on her, I have to admit that she was my ideal type, however she didn’t show any interest in me. After a year of chasing her, I asked her out, but she still didn’t accept me. Nonetheless, I was able to gain my wife’s heart after constantly and thoughtfully confessing. I love her so much that we even registered our marriage first and now we are living well with a baby, too.” 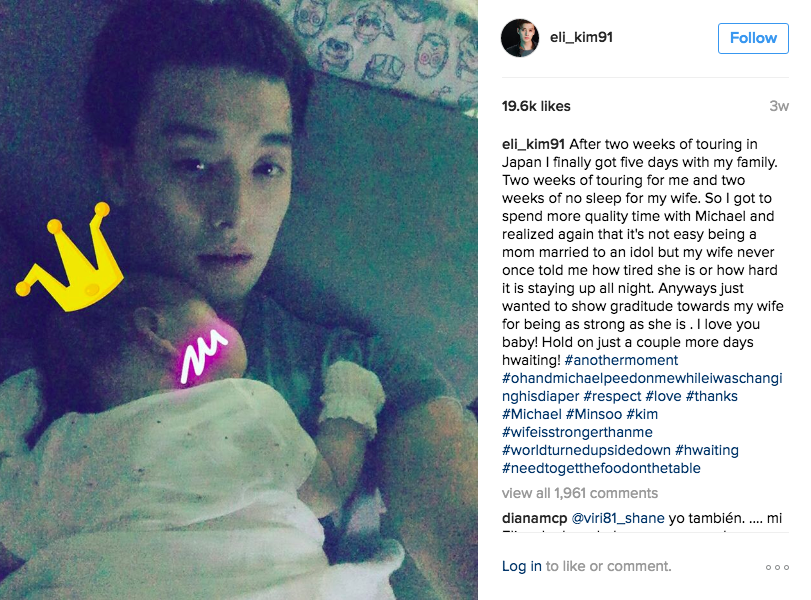 In regards to his married life, Eli says, “Numerous young female fans have left, but I gained more pregnant fans. The gifts that I received from fans have also changed. I used to get a lot of clothes and shoes as gifts, but now I get baby clothes, baby mittens, pacifiers, and that kind of stuff.”

Eli got married  in June 2014 and recently became a father in June of this year (his son’s name is Michael).