U-KISS Member AJ Revealed to be Recovering From Heart Surgery

U-KISS Member AJ Revealed to be Recovering From Heart Surgery

In a surprise tweet, AJ from U-KISS let the entire world know that he was recovering from heart surgery!  Kissmes were shocked when he said “After the heart surgery, I am in recovery,” and shared the following picture.

After the heart surgery, I am in recovery. pic.twitter.com/8mv9C1EqCu

Fans were quick to wish him a speedy recovery as well as express their surprise at the news. 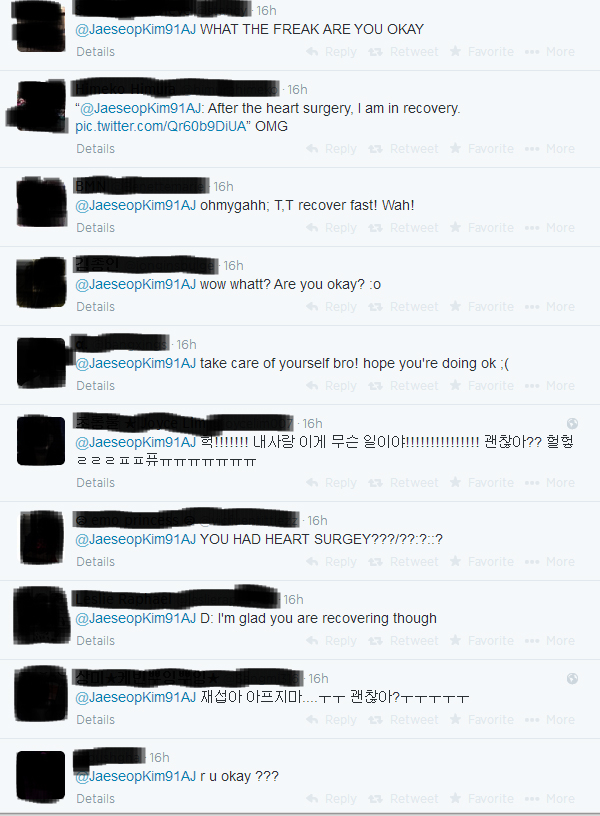 It seemed that not only were the fans completely shocked, but it appeared that his bandmates were blindsided as well. 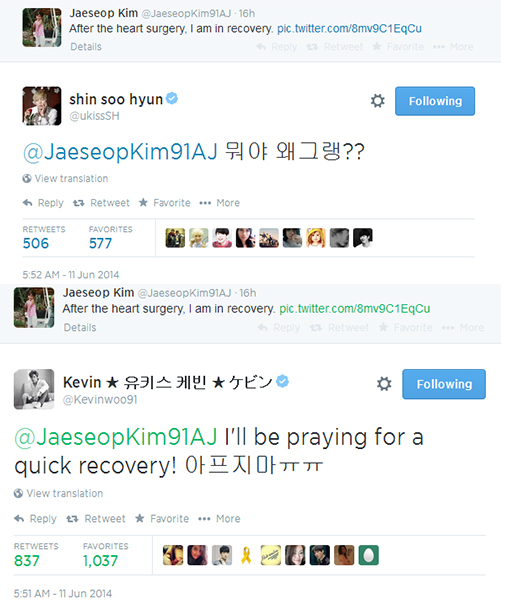 Very little information beyond this has been released but it is apparent from the responses that fans left on AJ’s Twitter that he is foremost in everyone’s hearts and minds.  We also will be keeping him in our thoughts and we’ll keep you informed of any updates as they are made public.