UNB will make their return with ‘Black Heart’!

UNB will make their return with ‘Black Heart’!

Yes, that is right! Having already revealed a dance battle video, it looks like UNB will be making their return in June. Through the dance battle video, it is announced that the title track is called ‘Black Heart‘. It is a track that will be able to showcase their strong dancing skills, as well as how well they will perform with one another. Now, they have dropped a teaser poster, as well as an audio preview. So, check that out below! 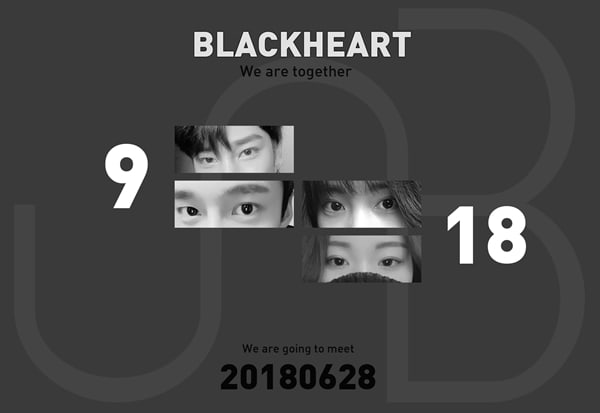 The teaser poster definitely leaves fans with more questions than ever. In this teaser, there is a lot of things happening. One thing for sure is that it confirms that the title track is ‘Black Heart‘. On top of that, it has the words “We Are Together” and “We are going to meet“. It also has four sets of eyes. It looks like for this comeback, we may see a collaboration between UNB and UNI.T. However, it is still uncertain as to what these clues mean! Do you have any guesses or theories?

Meanwhile, fans get to hear more of ‘Black Heart‘. From the video, we definitely get a jack swing vibe that will work nicely in showcasing their dance. It also is quite upbeat and is much fuller in sound. It is the kind of music that will not only highlight the beauty of their voices but also their dancing techniques. It surely leaves fans more excited than ever. However, at this point, only eight members are seen in the video. It is still unknown as to why Jun had not participated in this video.

As excitement builds, you can look forward to UNB‘s comeback on June 28th. What do you think of the concept so far? Let us know in the comments below!

Scroll for more
Tap
TWICE says ‘I Want You Back’ for digital Japanese single teaser
EXID to launch their ‘Re:Flower’ project #4!
Scroll