On November 21st and 22nd, UP10TION released their comeback scheduler, as well as a new teaser for their comeback. Check them out below! 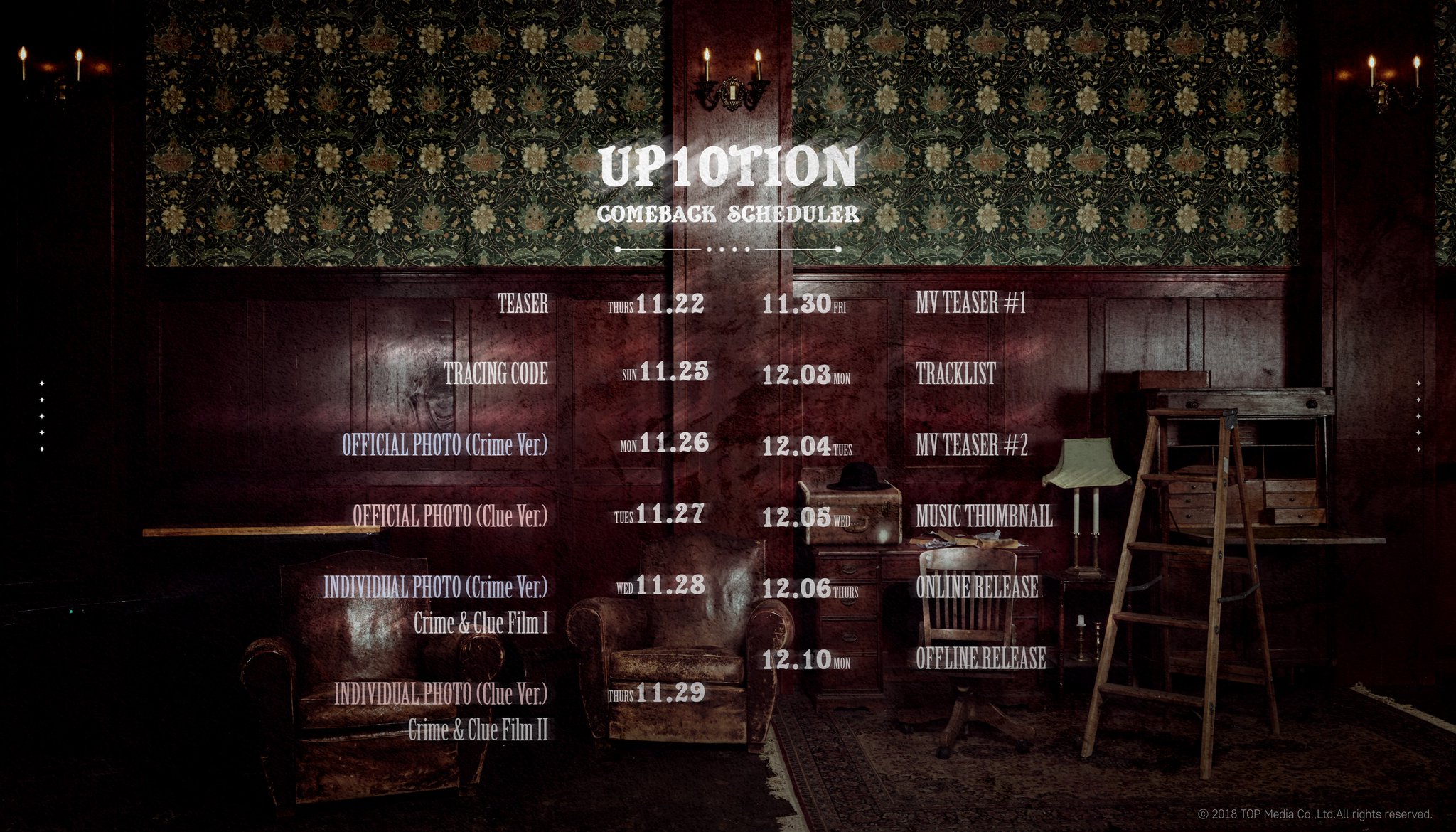 This comeback seems to be crime-related as it is packed with suspenseful and mysterious headings. This was already made evident with the symbols that appeared in their trailer. For example, fans can look forward to a “tracing code” and “crime” and “clue” versions in this comeback. They might be doing a spy concept, which is always fun to see. They have finally announced that they will make their comeback on December 6th. 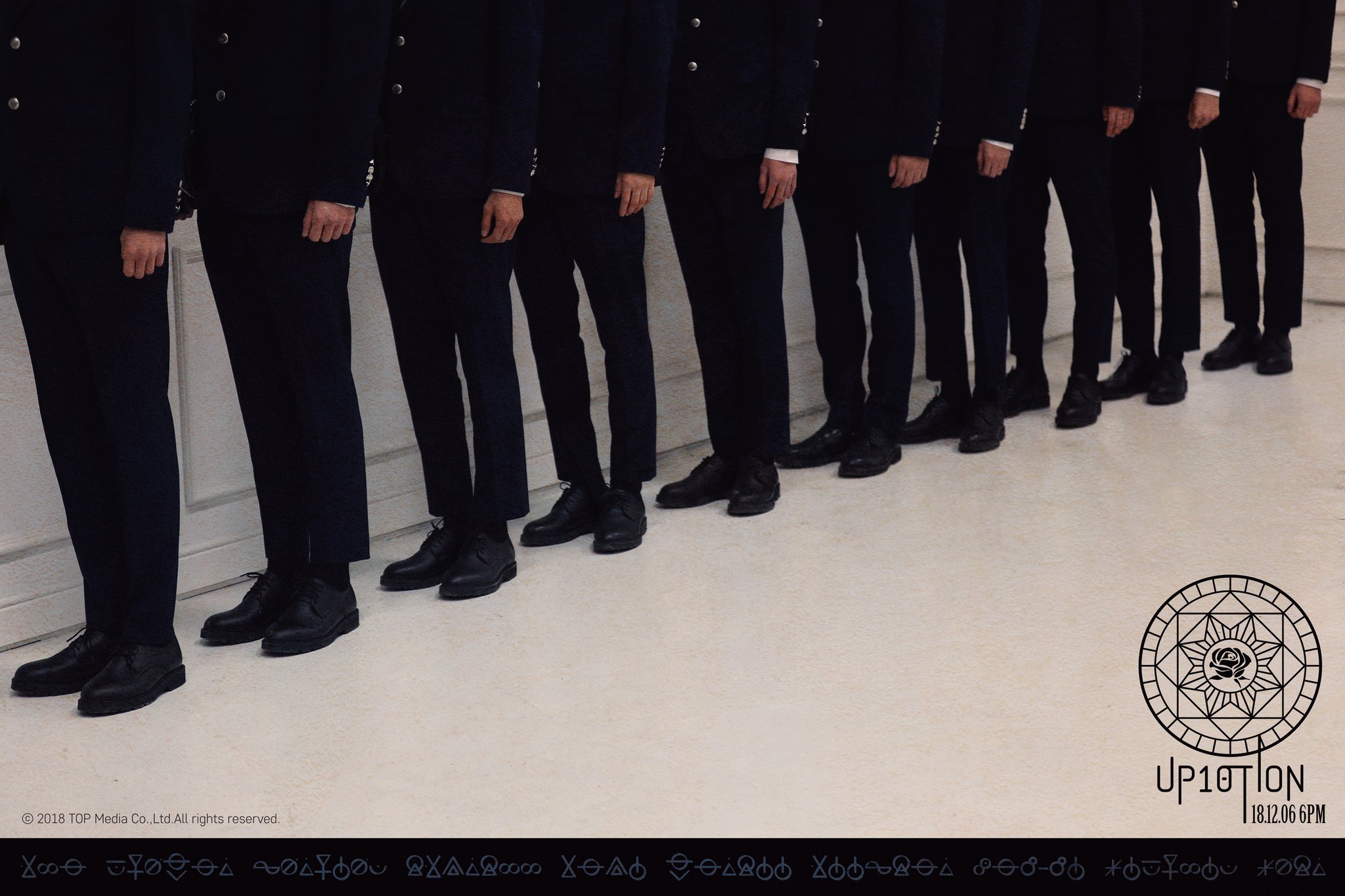 The new teaser shows the member’s lower bodies as they stand in formation behind each other. They are all wearing identical black suits. This further suggests that their comeback will be spy-themed.

UP10TION will make their comeback on December 6th, so stay tuned!

What do you think of UP10TION‘s brand new teasers? Let us know in the comments below.