UP10TION to visit four cities across Europe this September

UP10TION to visit four cities across Europe this September

As we have already shared with you, UP10TION is coming to Europe this September! Now we can share the newest update about this tour with you and that is the list of cities the group is going to perform in.

The boys are going to visit: 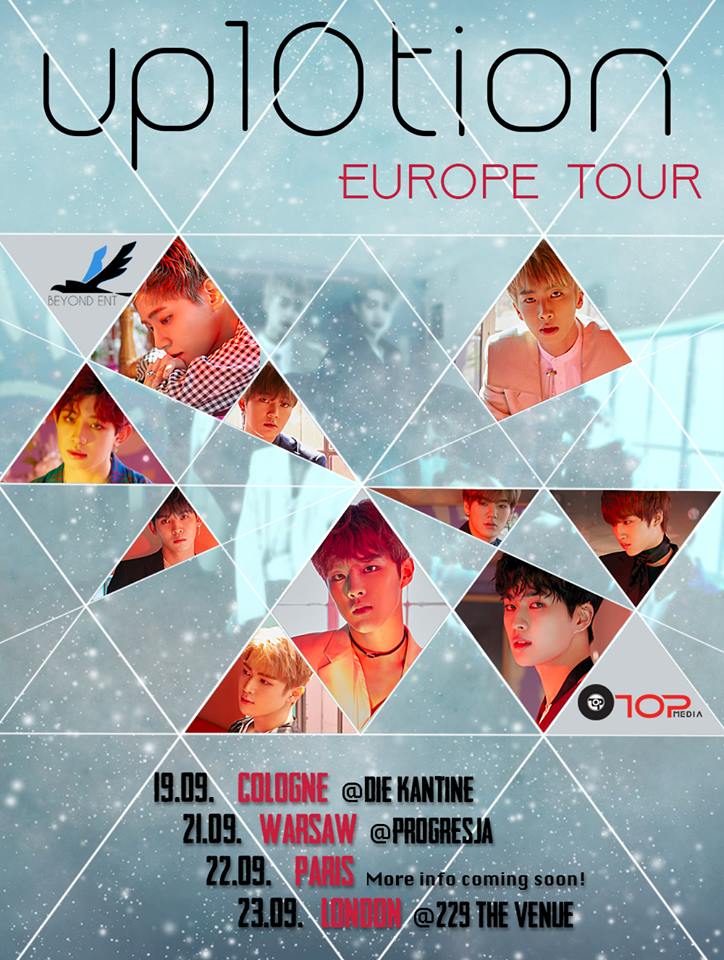 This is for sure an exciting news for all the European fans. Stay close to us for more updates about ticket prices and ticket sales. And in the meantime enjoy UP10TION´s comeback ‘Candyland’. The group released an official MV for this song as well as a funny dance switch video where the members switched positions in their choreography.

Scroll for more
Tap
DPR Live to head to North America, Europe and Asia-Pacific countries!
The 9th Korean Film Festival heads back down to Australia and we are giving away 3 double passes!
Scroll
Loading Comments...