Often in the world of Korean music, certain acts go largely unnoticed by mainstream K-Pop fans, and that is just sad in this case. That being said, I want to introduce you to V.Hawk, and what I feel is the next evolution of Korean hip-hop. The best way I know to describe the sound, is if hip-hop and techno had a musical baby, this would be it.

Here is the description of the music video: “gives an insight on how the person you once really loved was to see you through their eyes if they were not to love you anymore!”

As with”Pupil,” “Rare Steak” has a very interesting concept as well. “Rare steak symbolizing the purity and innocence of a girl, who is surrounded by a society of hungry wolves(men). She finds herself within the arms of the man she loves, however its only a matter of time until he changes into something else.”

Seriously, I am dumbfounded as to why this guy, these songs, these music videos are not getting more love. They have it all, with excellent beats and V.Hawk showing off his impressive rapping skills.

Both of the music videos were directed and produced by D PinK Reel, and some of you may be asking why is that worth mentioning. Well, D PinK Reel, aka D.PR, is also known as C-Clown‘s Rome.  That’s right, the guy pictured below. Those of us that were fans knew he was more than a pretty face and an awesome set of abs, and in this instance he proves that he is also a very creative guy. The music videos were progressive, yet were able to tell the story of the songs themselves. 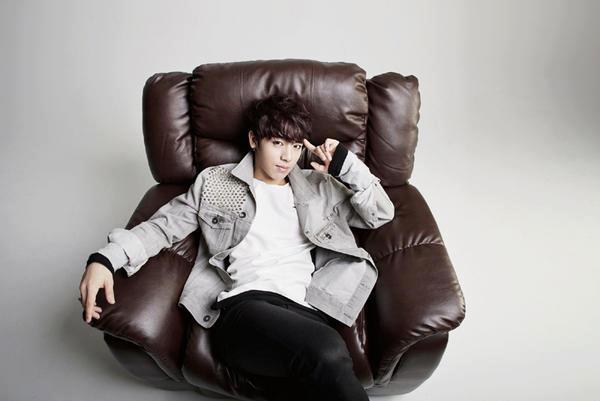 What do you think ? Leave your thoughts and comments below. Stay with Officially KMusic for all the latest Korean music and news.

Scroll for more
Tap
8th Day of K-Christmas: 8 Shiny Debuts
HIGH4 to Have Comeback and Japanese Debut Next Year
Scroll