The day was February 14th and while all over the world people celebrated Valentine’s Day in their own ways, our favorite Korean celebrities sent out some greetings of their own. While some opted for simple Instagram posts, other celebs made use of their V-Live, YouTube channels and Twitter to communicate with their fans on the special day. So, let’s take a look at some of the amazing things Valentine’s 2017 has produced!

The actor posed for special photo, displaying a sweet image in a suit and holding a small bouquet of flowers. He also posted a simple English caption, “Happy Valentine’s Day!”, accompanied by a cute emoji.

The ever energetic and thoughtful Got7 rapper stepped up his Valentine’s Instagram game by posting two videos during the course of the day. He directed his first post towards his fans who happened were spending the day alone, inviting them to join him instead. The short video was just of Jackson whispering a “Happy Valentine’s Day”.

His second post came towards the end of the day in the form of a video of a lit up message, dedicated to him, decorating the sides of a tower. He captioned it “Thank you so much for doing this, it’s really touching. I’m already very happy with the fact that you guys are by my side. It’s my best Valentines Day”.

For NCT’s main vocal, the day was extra special as it was his birthday! He posted a short video on Instagram, making some cute heart gestures. The caption roughly translates as “I had a happy birthday thanks to all of you”.

Pledis’s newest girl group, that is yet to debut, took the opportunity to release some Valentine’s Day photos for their fans. The girls posed for some beautiful photos, dressed in an array of lace and light sweaters. Each photo also had the name “Pristin” and the member’s name printed on it in flowing script.

Check out some of the photos below, and more on their Twitter page! 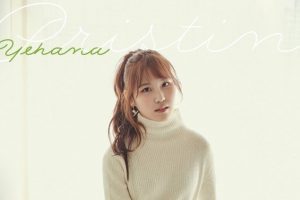 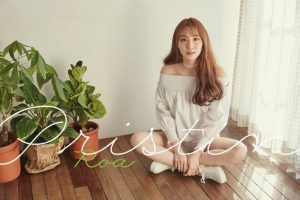 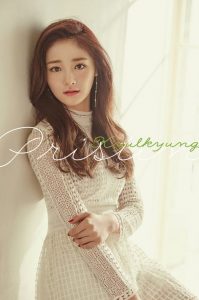 FNC’s newest boy group has gained popularity, especially after their latest comeback with ‘Roar‘ and their first mini album, ‘Burning Sensation‘. The 9 member group gifted Fantasies with a dance practice video for their showcase. Dressed in black and white and armed with flowers, the members surely stole the hearts of fans immediately!

Check out the dance practice below!

The singer chose a live version of one of his own songs to gift his fans with! He posted the video on Twitter with the caption “Eddie Kim’s surprise Valentine’s gift. Happy Valentine”. The caption was accompanied with some fitting emojis such as a gift box, chocolate and heart. Sadly the song only covers a small part of the original Goblin OST, which you can listen to here.

Check out his gift of his smooth vocals below!

Stay tuned for the next part, with more on what celebs like Exo’s Chen, Twice, Big Bang’s Seungri and more did for Valentine’s Day!

What did you think of the Valentine’s posts from the celebs listed in this article?

Officially KMusic brings you all the news from the world of Korean entertainment, so stay with us!