VAV announces their return with a comeback teaser

VAV announces their return with a comeback teaser

VAV is preparing for an upcoming return. They have revealed the comeback teaser. So, check it out below!

So, they will be returning with a new digital single, ‘Señorita‘. This track is originally sung by Rapper Kay One and Pietro Lombardi. It appears that they will be doing a remake of the track, which is produced by Ryan Jhun and Stard Ova. The video gives all the information we need to know about this track. In particular, we can also hear them singing “Señorita“. It is quite beautiful already and surely has fans anticipating the best from them! 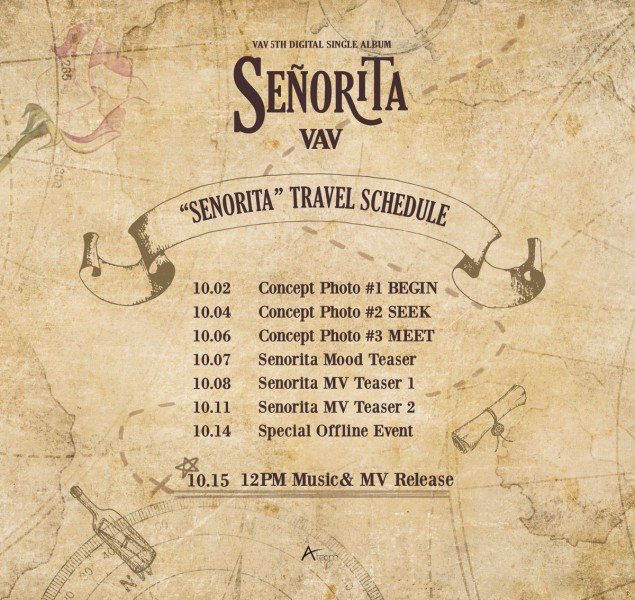 They have also dropped the comeback schedule. There is three set of concept photos: ‘Begin‘, ‘Seek‘ and ‘Meet‘. They will be revealed on October 2nd, 4th and 6th respectively. Following it is the Mood teaser set for October 7th. Then, there are two MV teasers scheduled for October 8th and October 11th. Finally, there is a special event on October 14th.

Meanwhile, VAV will make their hot return on October 15th. Are you ready? Let us know in the comments below!