VAV has announced that they will release a special single for the summer called ‘Give Me More‘ featuring De La Ghetto and Play-N-Skillz, notable American producers! It will be released on July 23rd and fans are waiting in anticipation. There are two versions: ‘Fiesta‘ and ‘Summer‘. This collaboration between Western artists and a K-pop group will definitely be a summer hit.

They have dropped a release schedule. Check it out below! 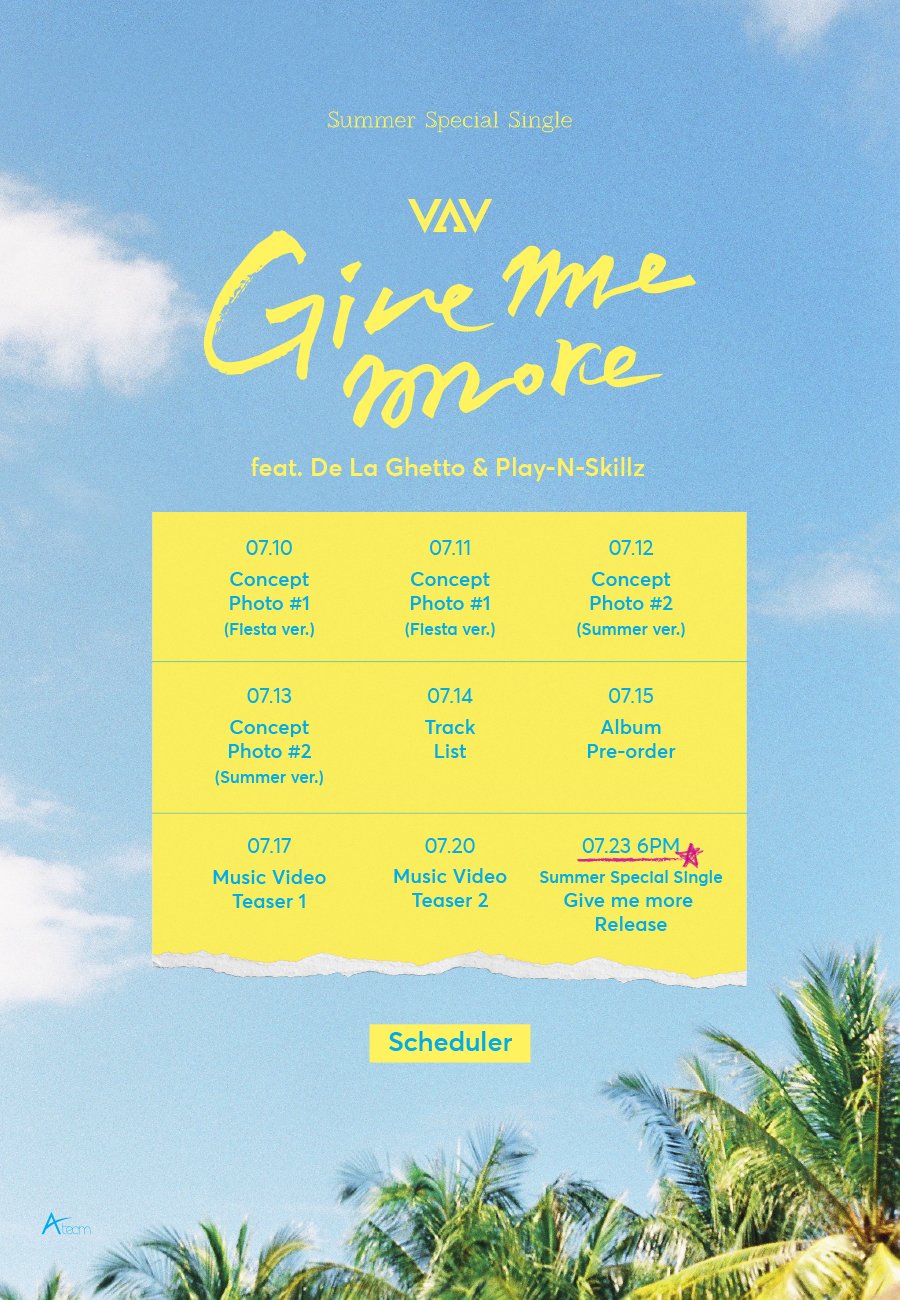 They will release concept photos for each of their two versions, a track list, and two MV teasers.

Are you excited for VAV‘s upcoming collaboration? Let us know in the comments below.

Scroll for more
Tap
GWSN are back for part three of ‘The Park in the Night’!
1TEAM get tropical in ‘Rolling Rolling’ MV teaser
Scroll
Loading Comments...