VICTON have dropped the track listing for their fourth mini-album.  They have also confirmed the name of the mini-album – which will be called ‘From. VICTON’.

VICTON member Hanse helped co-write the lyrics for all tracks on the album and Seungwoo co-wrote the lyrics for three of the tracks.  All members participated in writing the lyrics for the track ‘Have A Good Night’ which is listed as a ‘stage version’.  This track was previously released as a demo by the group via their SoundCloud account.

Check out VICTON’s track listing for ‘From. VICTON’ 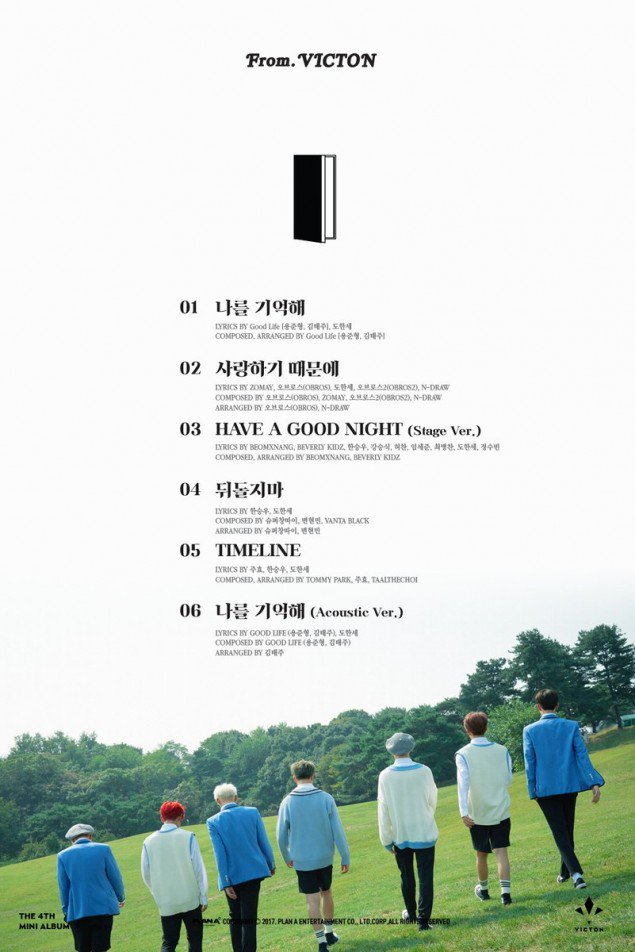 VICTON will be making their comeback on November 9 at 6PM KST with the title track ‘Remember Me’ which was written by Highlight‘s Junhyung and Kim Tae Joo of the Good Life team.

Are you looking forward to VICTON‘s comeback?  Let us know in the comments below.