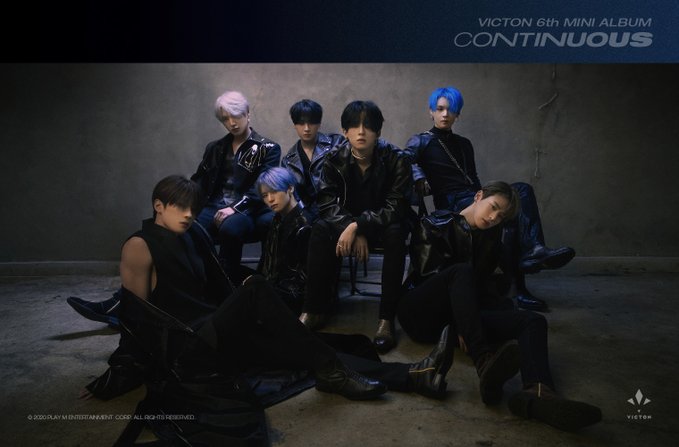 From February 25th through to March 4th, VICTON have been releasing teaser pictures for their 6th mini album, ‘Continuous’. Check them out below!

All teaser photos have a dark element to them, reflecting the name of the title track, ‘Howling’. Whether that be using a dark background, or through their dark outfits, the photos have a refined sexiness about them. The closeups also show off the member’s sharp visuals, giving a manly feel towards the pictures.

This comeback is the first full-member comeback since their single album, ‘Time For Sorrow’ released back in May 2018. Their last comeback with their 5th mini album, ‘Nostalgia’ was without the group’s leader Seungwoo as he had earned a spot into Mnet‘s Produce X 101 group, X1. Following the debacle of allegations relating to vote manipulations for groups created by the Produce series (such as X1, IZ*ONE), X1 disbanded on January 6th this year.

After members Seungwoo and Byungchan participated in Produce X 101, the group experienced a surge in popularity with their ‘Nolstagia’ mini album selling over 70,000 copies compared to their previous releases which typically sold around 20,000. Alices, the group’s fandom name, new and old, are therefore excited in what success the group will have with this comeback and in the future.

VICTON‘s 6th mini album, ‘Continuous’, featuring title track, ‘Howling’, will be released on March 9th, 6PM KST! How do you feel about the boy group’s return? Let us know in the comments below!