While Seventeen is currently on their first Asian Pacific tour, members Jun and The8 have to miss a show due to visa issues.

An official statement released by Champion Entertainment Australia on their Facebook had to be the bearer of bad news for excited Carats attending the Auckland show. 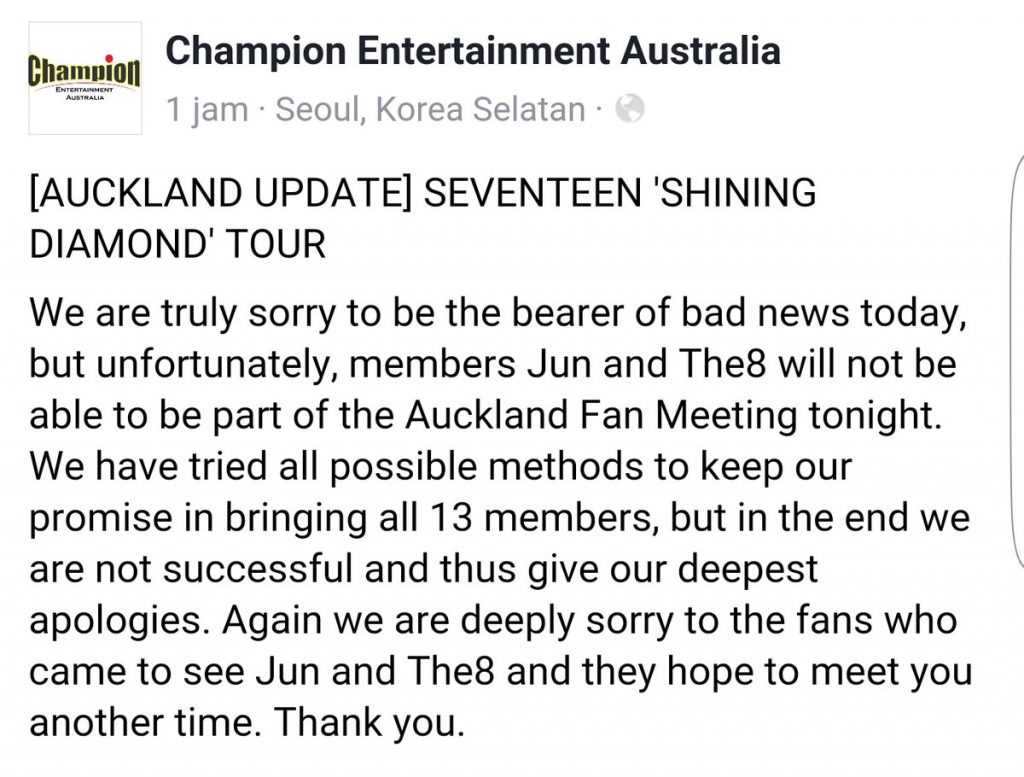 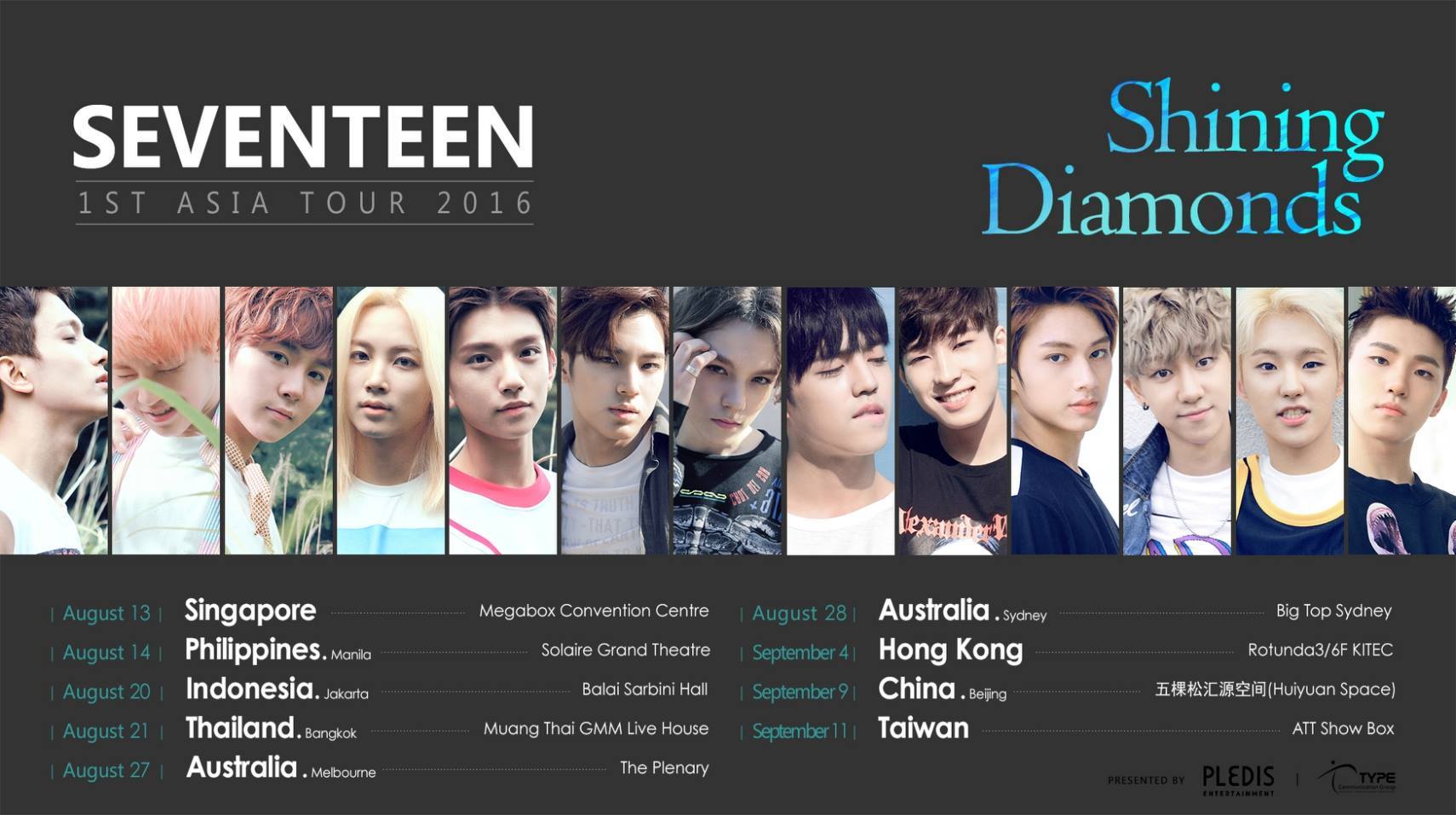