VIXX are preparing for a comeback soon! A source from Jellyfish Entertainment confirmed that the group are working on an album and will be returning in May.

Last year, VIXX took on a project called ‘Conception‘ where they portrayed various Gods from Greek Mythology. The project was split into three mini-album; ‘Zelos‘, ‘Hades‘ and ‘Kratos‘, as well as a final special album entitled ‘Ker‘. Each mini album had title tracks ‘Dynamite‘, ‘Fantasy‘, ‘The Closer‘ and ‘Milky Way‘, respectively. 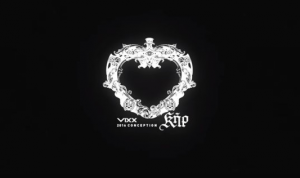 Since their last comeback with ‘The Closer‘, the VIXX members have been busy with various individual activities from starring in dramas and musicals, to appearing on variety shows.

Are you excited to see what the Kings of Concept will return with next? What are you hoping to see the members transform into? Let us know about your expectations!

Scroll for more
Tap
MONSTA X Returns With Their Most ‘Beautiful’ Comeback Yet!
Girl’s Day Shows Their Strength In ‘I’ll Be Yours’ Teasers
Scroll