VIXX continues to tease fans with photos and videos for their first sub-unit, LR!

The new subunit, composed of members Leo and Ravi, will be making its debut next week with the song ‘Beautiful Liar‘. In the meantime, they’re continuing to release teasers for fans.

VIXX’s LR first released the track list for their debut album through their SNS. It will feature five songs including the title track. Ravi writes the lyrics and composes the tracks ‘Beautiful Liar,’ ‘Remember,’ and ‘Ghost‘ while Leo writes ‘Words to Say.’ The final track, ‘My Light,’ is written by both members. 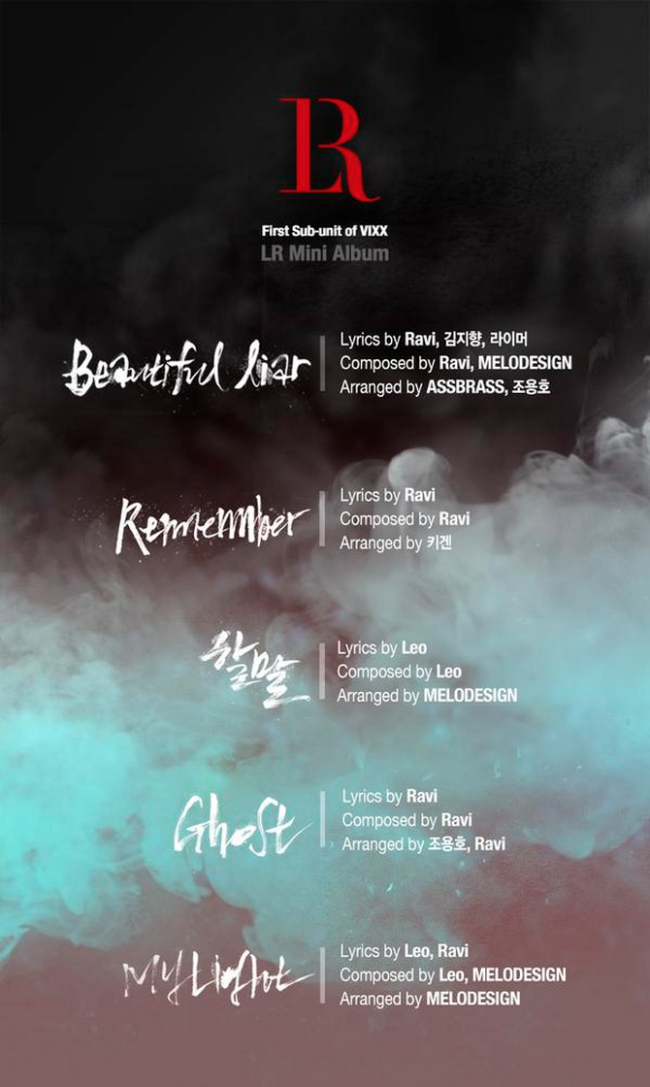 In addition to the track list, VIXX has released Ravi’s individual teaser for the music video. The 11 second video is dark and gives fans a brief listen to Ravi’s rap.