VIXX LR will not be appearing on September 14’s episode of ‘M!Countdown‘ due to Leo being ill

Leo was rushed to hospital on September 13 as he was experiencing abdominal pain.

This evening Leo complained of stomach pain, so he was rushed to the hospital to receive treatment and is now resting. So that Leo can undergo further tests and get enough rest, it has been necessary to cancel tomorrow (September 14)‘s performance on ‘M!Countdown‘. 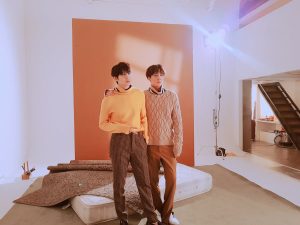 Leo and Ravi are currently promoting their unit, VIXX LR‘s first comeback with their track ‘Whisper‘. The unit debuted in August 2015 with their first mini album ‘Beautiful Liar‘, featuring a title track of the same name. VIXX LR‘s ‘Whisper‘ EP is making waves in the music industry, with the mini album debuting at No. 2 on Billboard‘s World Albums chart, with title track ‘Whisper‘ coming in at No. 9 on the company’s World Digital Song Sales chart.

In an industry where all too often idols are pushed beyond their physical limits, it is nice to see Jellyfish looking out for its artists and ensuring that Leo is given time to get better. Officially Kmusic wishes Leo a speedy recovery!

The current update was revealed through VIXX‘s fan cafe which said “Last night, Leo was treated at the hospital. The doctor diagnosed that the pain is stemming from gastrointestinal bleeding. Leo is currently resting and will be getting his treatment. After the treatment, Leo is planning to perform at KBS’ Music Bank’ on September 15th.”