VIXX will be bringing ‘Shangri-La’ to two Australian cities!

VIXX will be bringing ‘Shangri-La’ to two Australian cities! 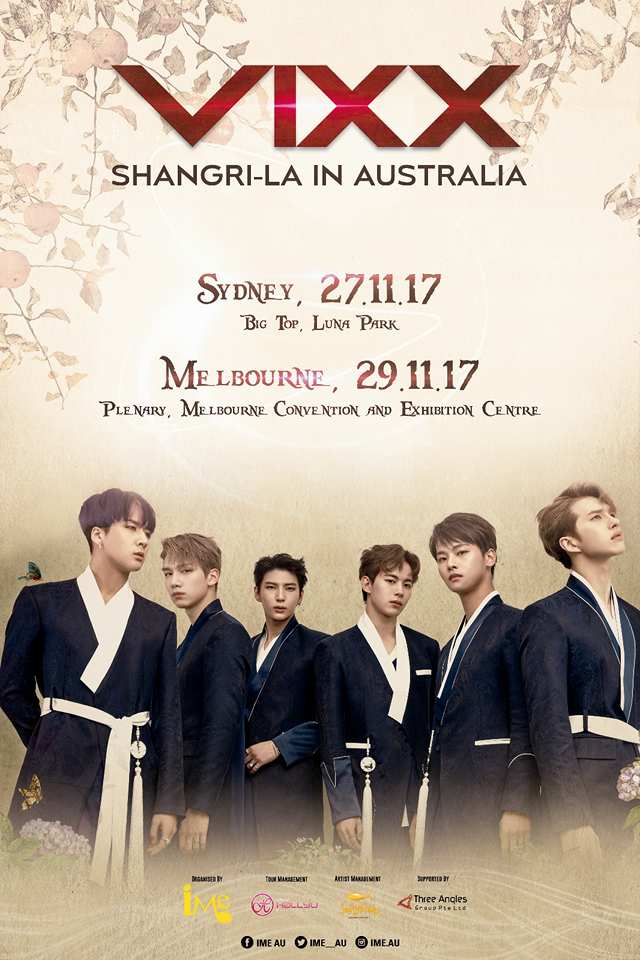 This is definitely very exciting news for Australian Starlights. However, no other information has been revealed. So, as soon as further details are released, we’ll bring them to you. For now, you can follow our Facebook Event Page for live updates here!

Are you ready for VIXX to rock Australia? Will you be going? Let us know in the comments below!

Scroll for more
Tap
Rapper BewhY To Hit US With His First Tour
RAIN IS COMING BACK TO MANILA!
Scroll