VIXX’s Hyuk to star in new movie ‘Goodbye My Father’

VIXX’s Hyuk to star in new movie ‘Goodbye My Father’

The singer is set to make his second screen appearance!

‘Goodbye My Father‘ has been described as a movie inspired by the ups and downs of human life and it follows the story of a man and his son who perform on the saxophone at night. VIXX‘s Hyuk has been cast as Haneul, the son of saxophonist Seokjin, who is devoted to his father and stays with him throughout both the good and the bad times. 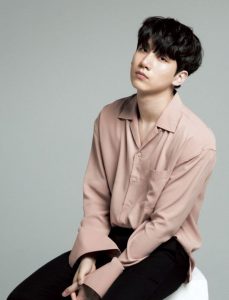 Hyuk made his screen debut last year in the film ‘Chasing‘. In this movie Hyuk played the role of a high school student involved in the theft of a CEO’s mobile phone and a policeman’s gun. In his new role in ‘Goodbye My Father‘, Hyuk will be playing a very different role and so will be able to show his audience a new side of himself as an actor.

Hyuk will be filming alongside stars such as Park Sung Woong, Song Sae Byeok, and child actor Choi Ro Woon. ‘Goodbye My Father‘ will hit screens next year!

The news continues an exciting month for Australian Starlights with VIXX confirming they will be performing Down Under in November! Keep up to date with the details with Officially KMusic, and follow our Facebook Event Page for live updates!

Scroll for more
Tap
EXO Suho to star in new film ‘Female Middle Schooler A’
Here are all the nominees for the 38th Blue Dragon Film Awards!
Scroll
Loading Comments...