VIXX‘s LR continues to bring excitement to the fans! The boys have been spoiling fans with stacks of teasers and now, they have dropped the tracklist for ‘Whisper‘. So, check it out below! 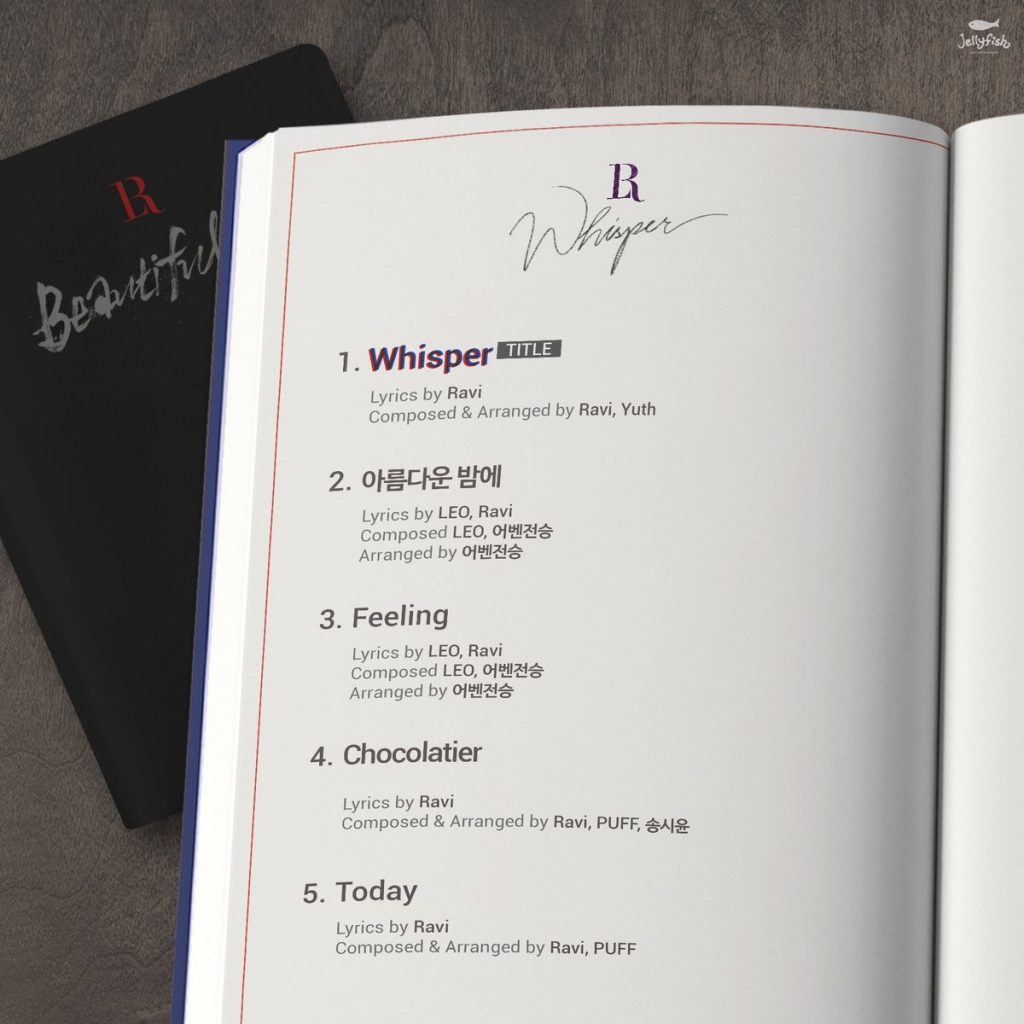 With this second mini album, ‘Whisper‘, there will be a total of five tracks. This includes the title track, ‘Whisper‘, ‘Beautiful Night‘, ‘Feeling‘, ‘Chocolatier‘ and ‘Today‘. From the image, it is obvious that both Leo and Ravi have participated in writing the lyrics for the songs. In particular, Ravi has shown his activeness as he has worked quite hard on each song in terms of writing and composing. While, Leo is just as hard working, participating in two of the five tracks.

Meanwhile, VIXX‘s LR will return with ‘Whisper‘ on August 28th! Which song title has caught your attention? Let us know in the comments below!