VIXX’s Ravi will be releasing his second mixtape/solo album to be called ‘2ND MIXTAPE NIRVANA’ on January 22 through online streaming sites.

The tracks on the new mixtape have been composed and produced by Ravi himself and will include mainly new songs that accentuate the singer’s own unique style and sound.

It’s been reported that his growth through his various activities with VIXX and VIXX LR and his collaborations with other artists will be what distinguishes this release from anything that we have heard previously.

In support of the release of his second mixtape, the talented performer will be holding solo concerts ‘Ravi 2nd Real Live – Nirvana’ on February 10 and 11 at the YES 24 Live Hall in Seoul.

RAVI will be holding solo concerts in February 2018 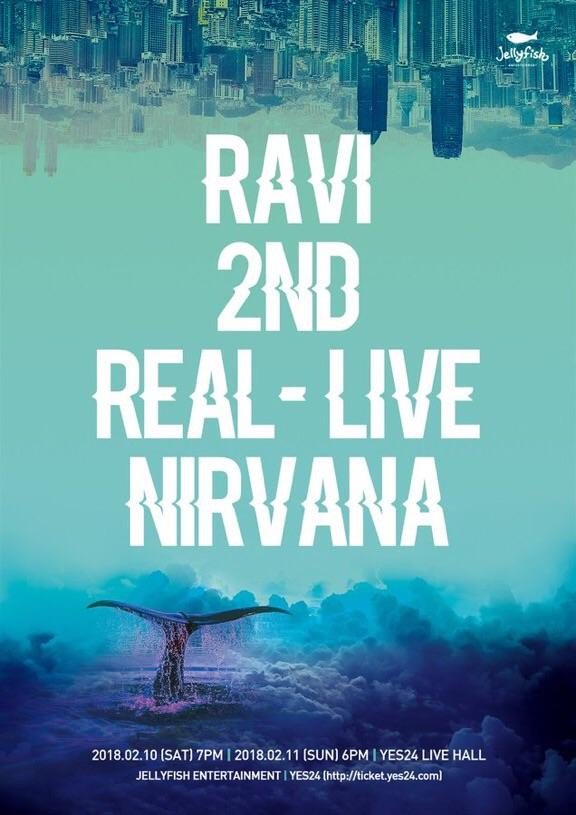 Are you excited to hear his ‘2nd MIXTAPE NIRVANA‘?  Have you already listed to the remix of ‘R.EBIRTH 2016‘?  Let us know your thoughts in the comments below.