On November 11th, VOISPER released the track list for their upcoming comeback. They will release their first full-length album ‘Wishes‘ on November 20th. Recently, they also revealed their album cover and lyrics photos for ‘Wishes‘. 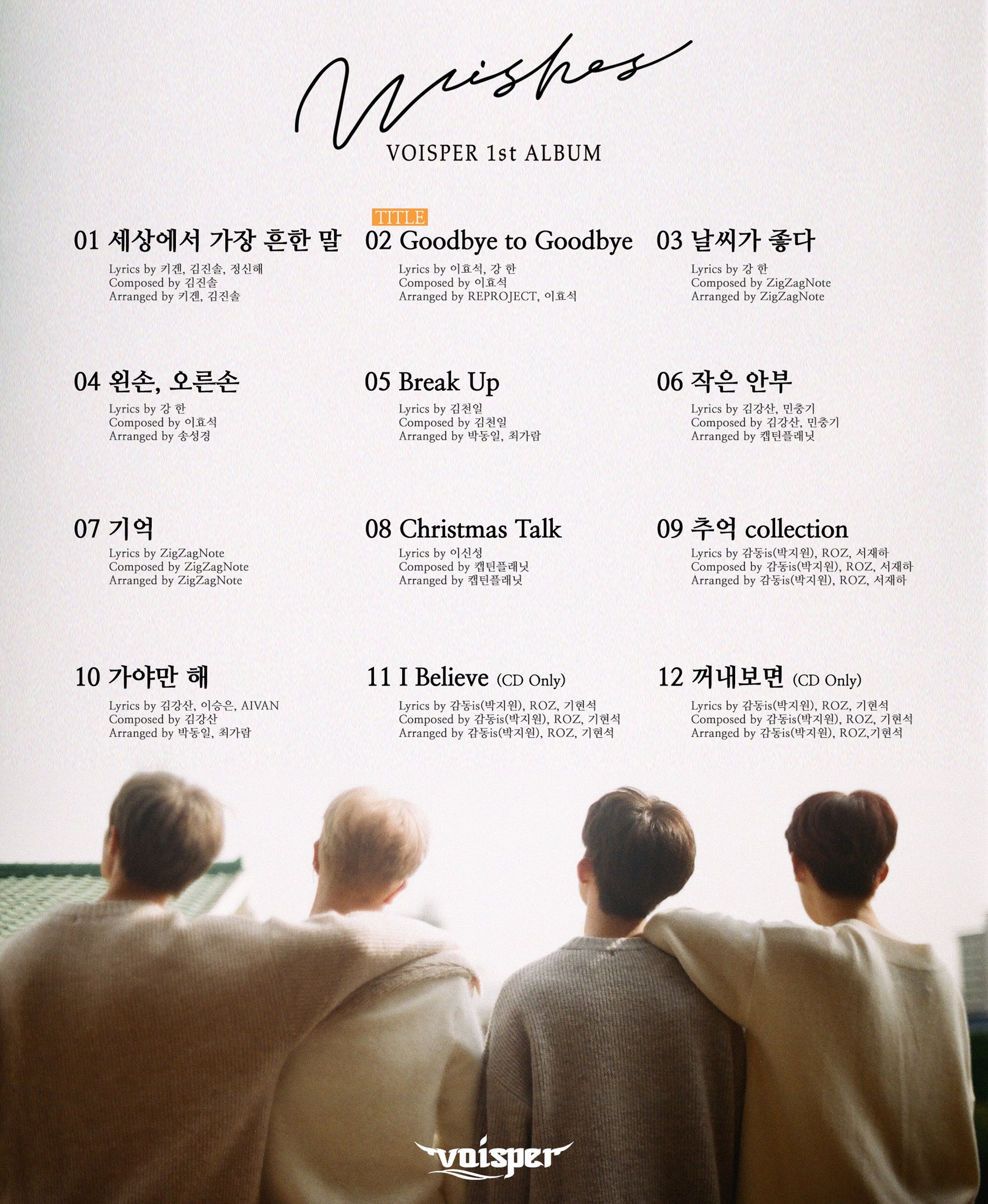 The album contains 12 tracks in total. However, the last two tracks are only available with the physical CD album. Their title track is ‘Goodbye to Goodbye‘, which already sounds like a sentimental and emotional song. This is similar to their fifth track ‘Break Up‘, which sounds reflective of a past relationship. Their eighth track is called ‘Christmas Talk‘, which matches the season that we are soon approaching. They definitely know how to get into the spirit of the seasons!

What do you think of VOISPER‘s track list for ‘Wishes‘? Let us know in the comments below.