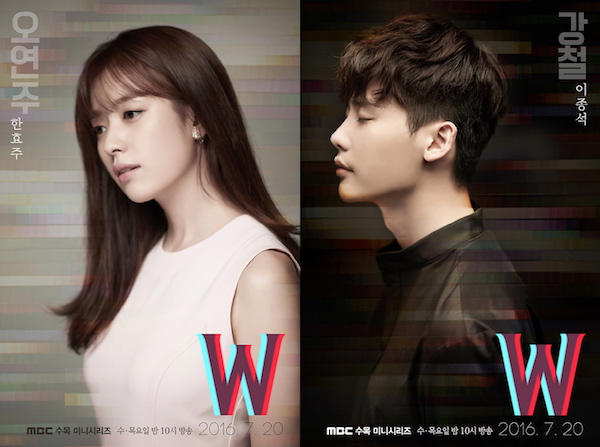 For nearly two months K-Drama fans have been on the edge of their seats awaiting the fate of Kang Chul (Lee Jong Suk). The ill-fated webtoon character finally found his fate on September 14th through the last episode of ‘W‘.

The second to last episode ended with Oh Yeon Joo’s (Han Hyo Joo) boss sits at his desk to read the last episode of W. Many fans have related to the character throughout the series as a big fan of the webtoon W he expresses what us fans have felt in the drama. The drama also added a twist of which Yeon Joo was left to decide to let Kang Chul or her father, Oh Sung Moo (Kim Eui Sung) die. Sung Moo was slowly being taken over by the killer he created with his likeness.

The teaser for the last episode revealed Chul being shot by his nemesis assemblyman Han Chul Ho (Park Won Sang). Fans have seen throughout the series Chul Ho has a history of violence mostly aimed at Chul. This has included: torturing him and his best friend Seo Do Yoon (Lee Taehwan). Chul was on a rescue mission to save Do Yoon, which he was successful at when Chul Ho shot him. Chul then drove as long as he could until his gas ran out at a bus stop. Bleeding out and with no gas, Chul calls his wife Yeon Joo. In the last moments of the webtoon Yeon Joo witnesses Chul slumping over before she is sucked back into the real world.

Readers and watchers where stunned that ‘W‘ would end in such a violent and cruel way. As it turns out the comic ended but Chul did not. Watchers where given a glimpse into what Sung Moo was planning while in his hotel. He decides his own fate by killing Chul Ho in a fake suicide and giving police the evidence of Chul’s torture. Sung Moo then finds Chul and drives to see his daughter one last time before disappearing. It’s after Yeon Joo disappears that Do Yoon finds Chul and rescues him. Back in the real world Yeon Joo travels to the bus stop where Chul “died”, in the pouring ran. Before she passes out from exhaustion and the cold, a car pulls up and a man walks over to her. The next scene cuts to her in the hospital with Chul lying next to her. We learn that Chul against Sung Moo’s wishes reveals Sung Moo’s fate. The drama ends with Chul and Yeon Joo sitting on a bench happily, with voice overs by the two explaining how they will now live life as a ordinary couple. 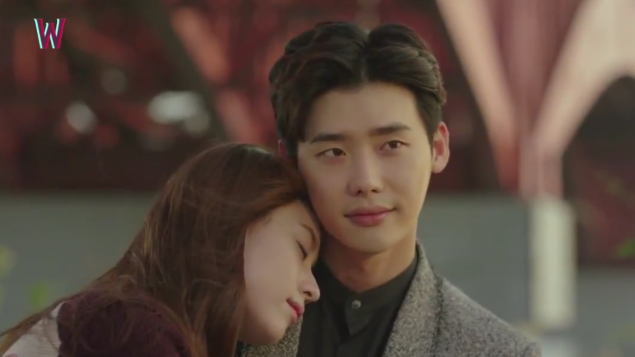 The final episode ended wonderfully. Watchers expressed concern of it ending sadly especially after Lee Jong Suk came out and said he wanted a sad ending. ‘W‘ was an absolutely amazing concept and was done beautifully. The art style literally came to life in scenes, the drawing style truly portrayed the actors perfectly and the way the drama was done didn’t feel cheesy as some do. The drama was most definitely a thrill ride and kept people waiting for the next episode; no matter how painful the preview was.

It never stopped going even when everything was seemingly normal. A new twist always added to the anticipation. The way the drama was written was absolutely fantastic, and something never really witnessed before. Overall the drama was executed perfectly, ended in a way that really satisfied watchers, and will hopefully be a favorite for years to come.

MBC announced there will be a special episode airing on September 17th.  As well as rumors circulating of a possible second season slated for 2017 with the original cast. For now fans can anticipate the special episode, and the drama taking over the time slot ‘Shopping King Louie‘ starring Seo In Guk beginning September 21st.

What were your thoughts on this season finale? Leave your comments below, and follow Officially KMUSIC for all the latest news in K-Entertainment!