On November 4th, Wanna One announced their title track via an image teaser for their upcoming comeback. The title track is called ‘Spring Breeze‘. Their album ‘1¹¹=1 (POWER OF DESTINY)‘ will be fully released on November 19th. This is the group’s final comeback before their impending disbandment at the end of this year. 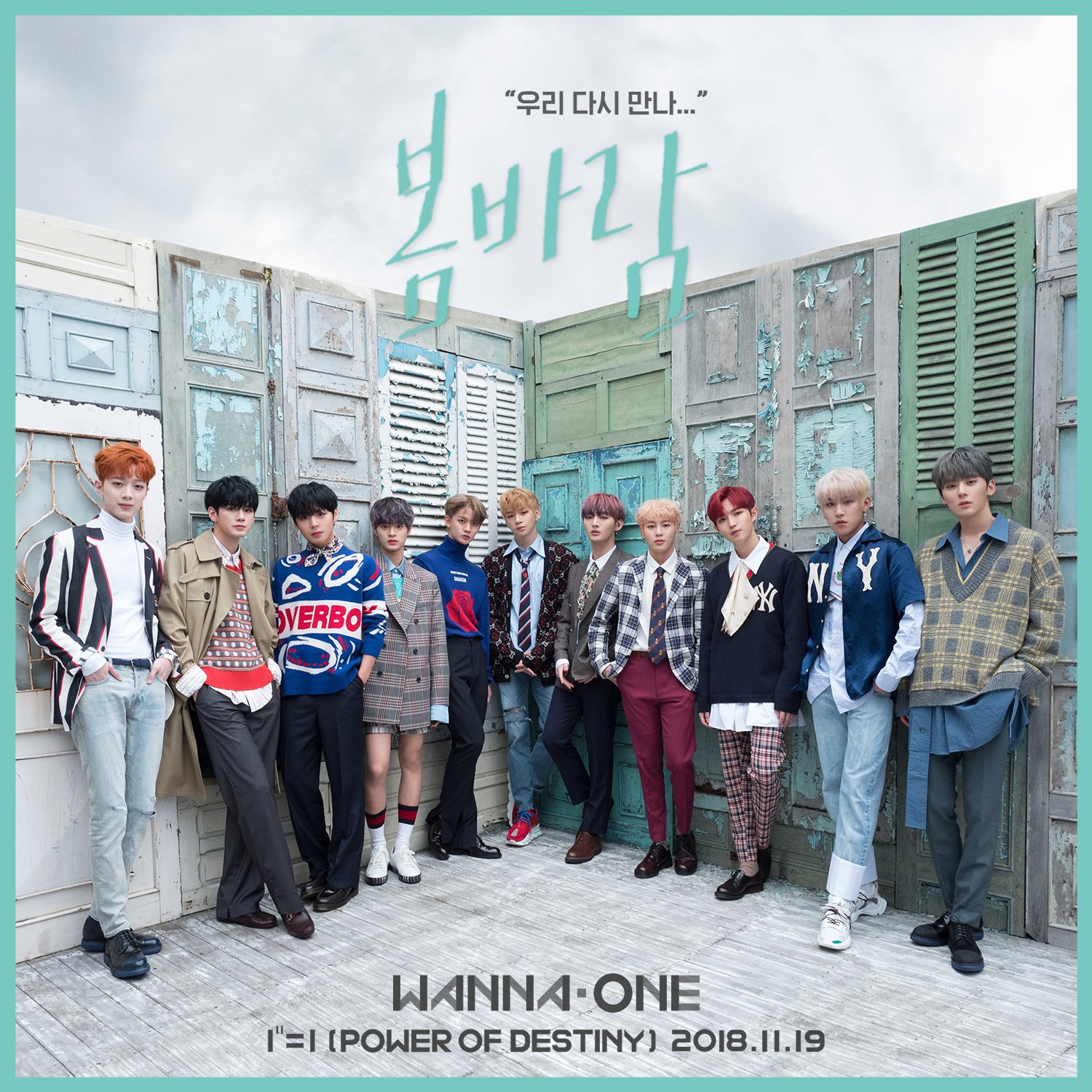 The lyrics at the top translate to “we will meet again“. This will definitely make fans emotional since this is their last comeback together as a group. These particular lyrics will send fans a message that the members will definitely unite in the future and meet fans again. The background is a shade of teal green. The members are going for a more serious concept as they are dressed in blazers and coats.

What do you think of Wanna One‘s image teaser for ‘Spring Breeze‘? Let us know in the comments below.