For the past few days, Wanna One has been releasing image teasers everyday as a countdown for their upcoming comeback. For D-5, a new image teaser was posted on Twitter. You can follow their official Twitter account here. They also uploaded a jacket making film for their new album. The group will be making their comeback on June 4th with a new album ‘1÷x=1 (UNDIVIDED)‘. The MV for the title track ‘켜줘(Light)‘ will be released on the same day at 6pm KST. 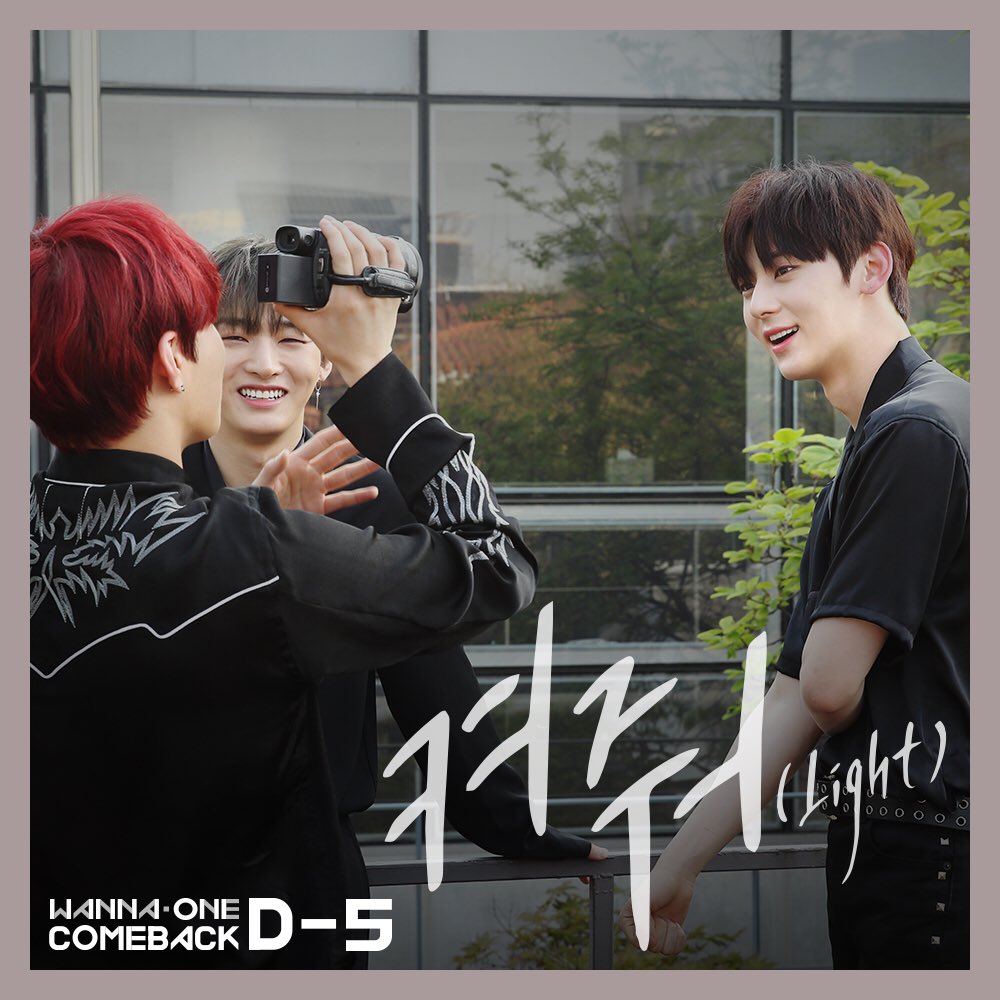 This is the first image teaser in the countdown to actually feature the group members. This image teaser features the Lean On Me unit, which is made up of members Hwang Minhyun, Yoon Jisung and Ha Sungwoon. They will be collaborating with Nell for the album. They appear to be all smiles in this teaser as they have fun with the camera.

Check out the jacket making film for the album below!

The video features the boys posing as a group and separately in their units. The members look phenomenal as they pose for the camera. Furthermore, the members also make comments about their comeback in the video. Wannables will definitely be even more excited for their comeback after watching this jacket making film that Mnet posted.

Wanna One will also be embarking on a world tour <ONE: THE WORLD> from June 1st for three months. They will be touring in 14 different countries, including Australia. The group will make their way to Melbourne on August 17th. Their concert will take place at Hisense Arena at 7:30pm (Melbourne local time). Prices of tickets range between $160-$365 AUD. You can purchase tickets here. It’s bound to be a great night!

What did you think of Wanna One‘s new image teaser and their jacket making film? Are you anticipating their comeback on June 4th? Let us know in the comments below!