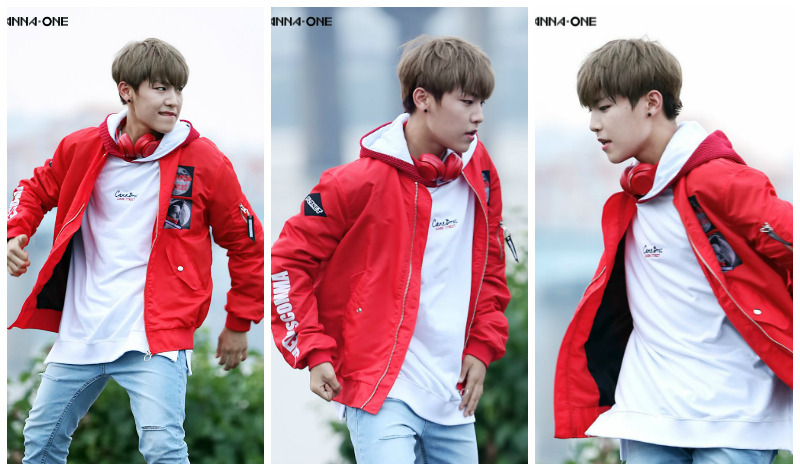 The member to reveal is Park Woo Jin. He is looking quite sporty and active in his image teasers. He definitely has the moves and surely can dance very well. In his red outfit, he surely shines so brightly even when the skies are quite dark and gloomy. He asks fans to choose between the two title tracks, ‘Burn It Up‘ and ‘Energetic‘ by dancing to it! Which one suits him best? 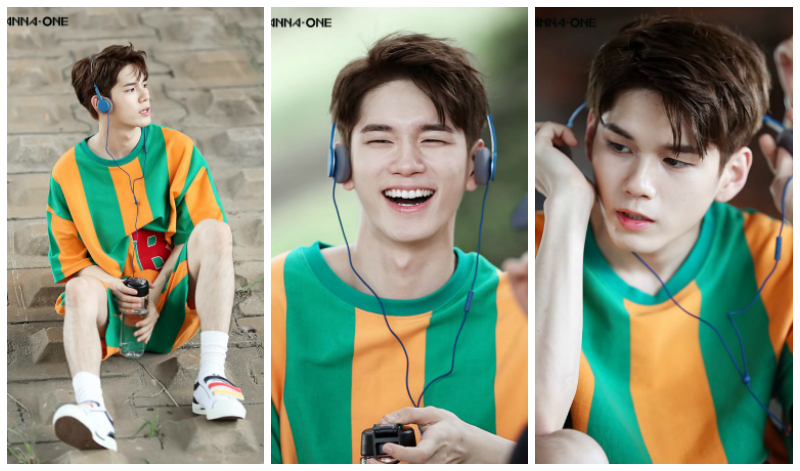 Ong Seong Woo has always been adorable and watching this makes fan swoon so much more. His smile is contagious and one can’t help but smile with him. He surely lights up so many worlds and fans are mesmerised by his lovely personality. He is running so seriously that at times we forget that he can be quite a serious person. The music plays and his face expression matches so well with the music. It is quite fascinating to watch!

The next member is Ha Sung Woon and he is looking so adorable in his video teaser. His voice is quite enchanting and is the kind that hooks you into the video. He is holding flowers while fitting in so nicely with the summer season. Which track do you think fits him more? Let us know in the comments below!

The last member is Daniel Kang! He is the final member to reveal his teasers and let’s just say that it does not disappoint the fans! He is looking utterly cute in pink while still looking quite sexy in his image teasers. He can pull both off, making fans fall deeper in love with his personality.

This is the video that connects everyone’s individual video teaser into one! How cute is the combination? It is nice how everything fits together to form one coherent video.

The boys have also dropped contrasting MV teasers for the fans. It is the video that hints at their debut and their reality show. The boys will be dropping their first mini album, ‘1X1 (To Be One)‘. The first video teaser is for ‘Burn It Up‘. It is filmed in black and white with streaks of orange. It definitely resembles ash and flame, which is perfect for the concept. The boys show off their great dancing ability and has fans hyped for the track.

The second video teaser is for ‘Energetic‘ which has more colour and shows off the summer concept. The boys look quite cool and definitely having so much fun on this track! It definitely will be difficult to choose which track to choose! Have you made your choice?

Meanwhile, Wanna One will make their debut on August 7th! Are you excited for which title track to be chosen? Let us know in the comments below!