Wanna One gives fans a taste of their comeback with a full group teaser + reveal name of title track!

Wanna One gives fans a taste of their comeback with a full group teaser + reveal name of title track!

Mnet Official has just shared a full group concept video for Wanna One‘s upcoming comeback. They will be making their comeback on June 4th with their album ‘1÷x=1 (UNDIVIDED)‘. Previously, all the teasers featured the group divided into units. So far, the units are No.1, The Heal, Lean On Me and Triple Position. Each unit will be collaborating with a different artist in the industry.

The boys also revealed the artwork for their title track of ‘1÷x=1 (UNDIVIDED)‘, which is called ‘켜줘(Light)‘. It will be released on June 4th at 6pm KST.

Check out the artwork for 켜줘(Light) below! 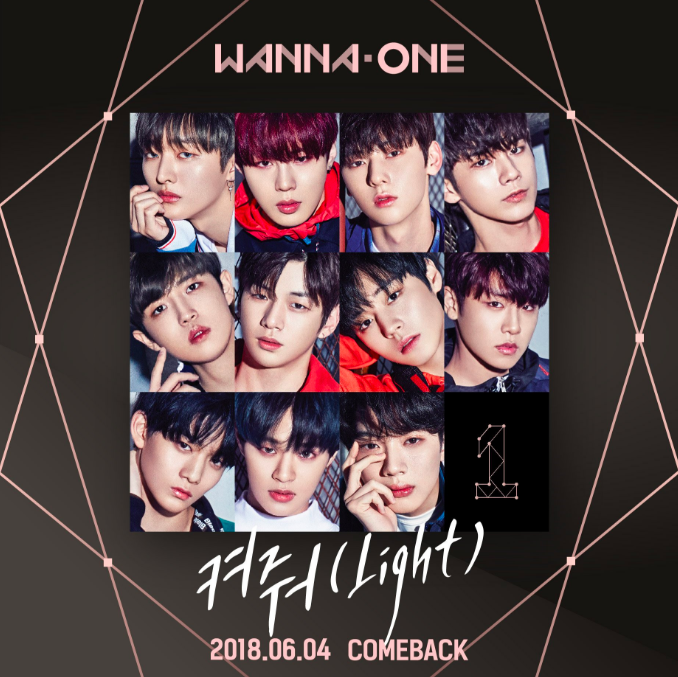 The teaser starts with a countdown, which will definitely get fans hyped up. It features individual shots of each member. The boys pose coolly before they come together as a group for a group shot. Between individual shots, there are other shots of the members posing against a coloured background. There are also flashes of their group logo. Their clothes resemble street-style fashion. A cool hip-hop beat plays in the background.

What do you think of their group concept teaser for their upcoming comeback? Let us know in the comments below!