Wanna One release individual posters for their Australian concert!

Wanna One release individual posters for their Australian concert!

IME AU have started released individual posters of the members of Wanna One in the lead-up to the group’s concert in Australia in August.

Wanna One will be stopping in Melbourne to perform as part of their Wanna One World Tour <ONE: THE WORLD>. The August 17 concert in Melbourne will be the groups only stop in Australia for their world tour, and will be their first visit to Melbourne. They visited Sydney last year as one of the featured artists for KCON Australia 2017.

The Melbourne show for the Wanna One World Tour <ONE: THE WORLD> will be taking place on August 17th (Friday) at 7:30pm at Hisense Arena. You can purchase tickets here.     Prices for their Australian concert range from $160 to $365. VIP seating, VIP standing, One World Zone and Cat 1 ticket holders are eligible for a chance to win sound check passes. This will be decided via lucky draw.

The tour recently kicked off with three sold-out shows in Seoul and is heading to the USA next.  The group will be performing in a total of 14 cities around the world for this tour, including Hong Kong, Japan, Singapore and Malaysia.

Wanna One recently made their comeback with the album ‘1÷x=1 (UNDIVIDED)‘ and the title track ‘Light‘ on June 5th.  The album featured the group split into separate units, and each unit collaborated with a different artist in the industry.

Check out Wanna One’s solo posters for their Australian concert! 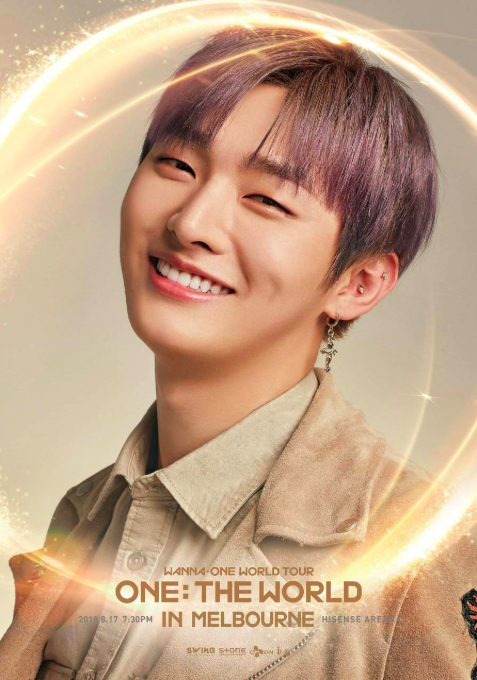 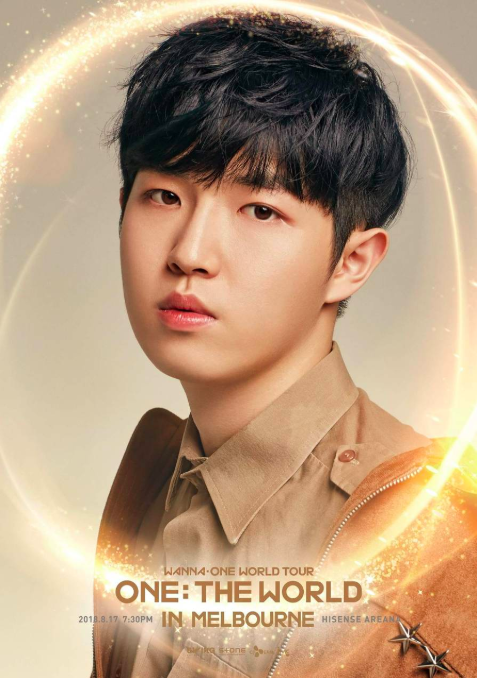 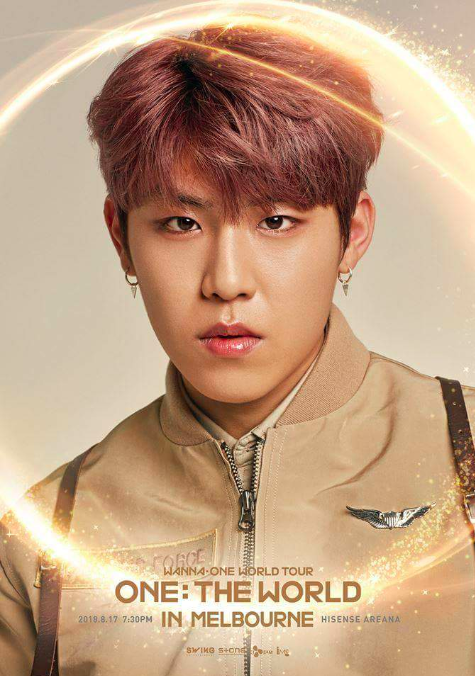 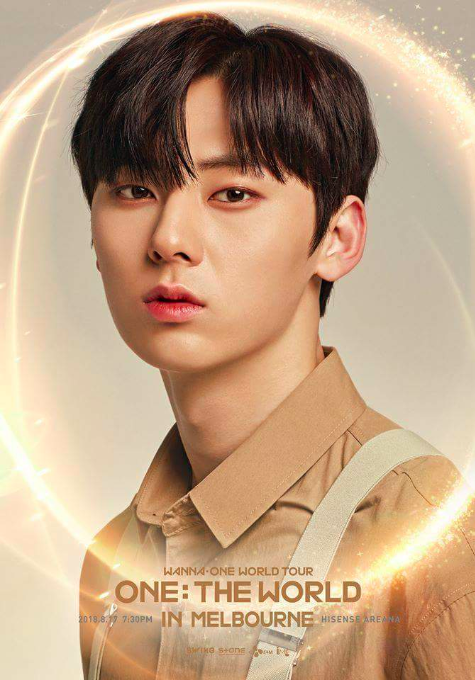 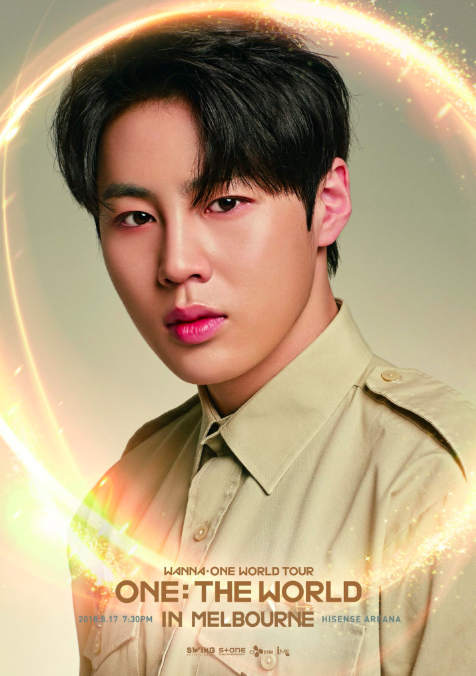 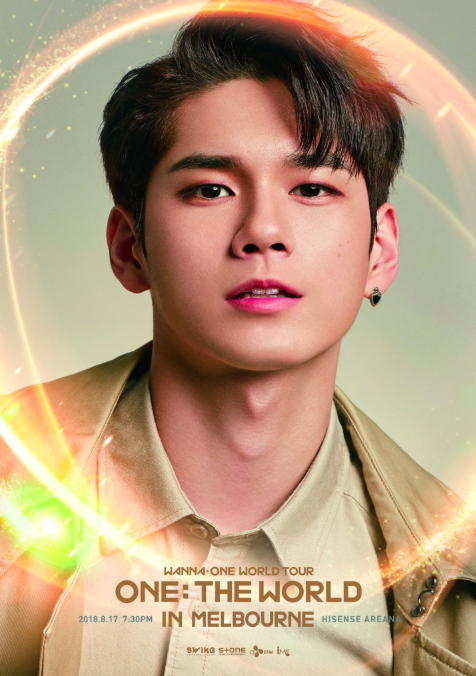 The first batch of individual posters features six of the members. These posters are exclusive to the Australian concert only. The boys are looking directly into the camera, and there is a ring of light around them. This is a reference to the title track of their most recent comeback, which is titled ‘Light‘. Furthermore, the ring of light definitely draws attention to their strong visuals.

Will you be attending Wanna One‘s concert in Australia on August 17th? How excited are you for them to stop by in Melbourne? Let us know in the comments below!

Written by Lindsay and Narelle