Wanna One release track list for ‘Power of Destiny’!

Wanna One release track list for ‘Power of Destiny’!

Wanna One have released the tracklist for their upcoming album ‘Power of Destiny’. It has two versions: ‘Adventure‘ and ‘Romance‘. Check it out below! 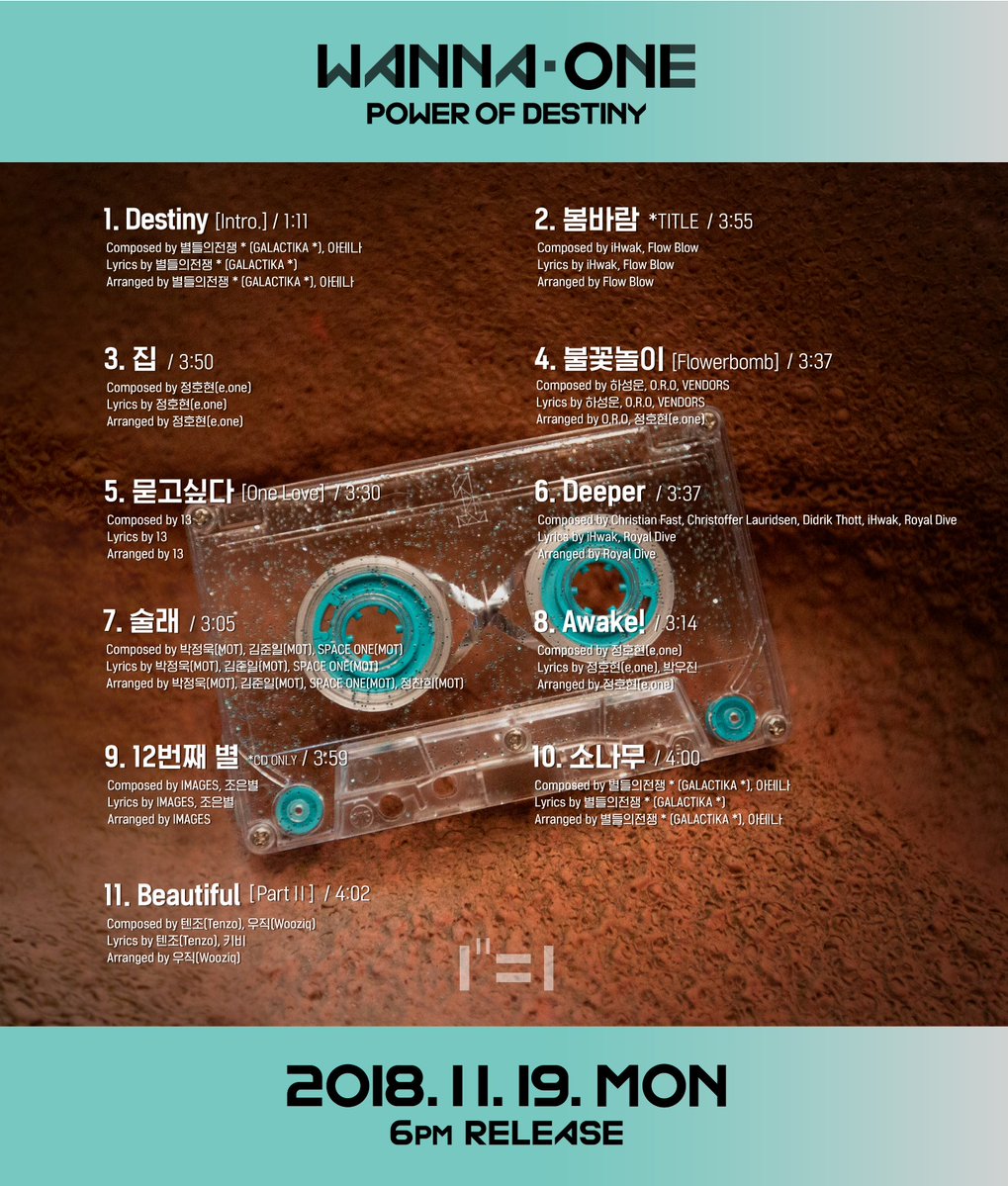 ‘Power of Destiny’ will include 11 tracks including ‘Destiny’, ‘Beautiful part II’ and the title track ‘봄바람‘ or ‘Spring Breeze‘.

Wanna One will be making their comeback on the 19th of November at 6pm KST. This is the group’s final comeback before their impending disbandment at the end of this year.

Which track are you looking forward to listening to the most? Let us know in the comments below!