WANNA ONE ‘WANNA BE LOVED’ in Singapore!

WANNA ONE ‘WANNA BE LOVED’ in Singapore!

Who doesn’t want to be loved by Wanna One?! Wannables just made great memories with the eleven dashing and talented boys at their first fan meeting in Singapore this September. Diehard fans would know that there would be a plethora of their signature thigh grabs, aegyo winks and jeojangs! 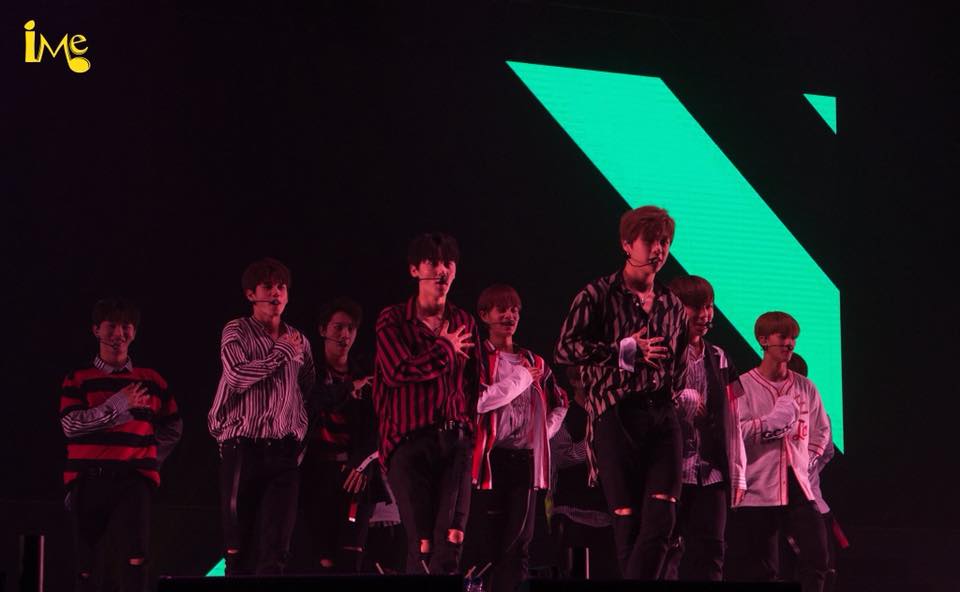 Undeniably one of the hottest K-pop groups right now, Wanna One has been topping charts and making waves on popular variety shows barely two months into their debut. Owing to their rocket popularity from the survival show ‘Produce 101‘, the monster rookies are also already making their rounds around Asia for their ‘Wanna Be Loved’ fan meeting tour, drawing huge crowds and capturing hearts everywhere they set foot on. 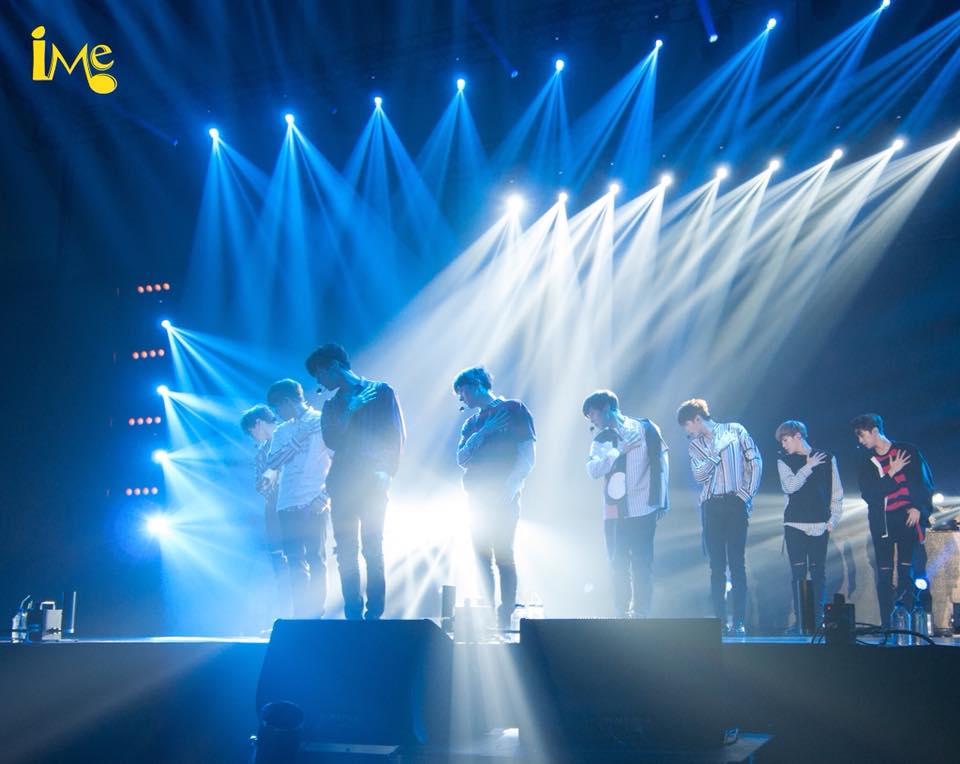 The sold out fan meeting in Singapore was no different – a mere glimpse of the boys’ introduction VCR already got the fervent fans going! Members Kang Daniel, Park Jihoon, Lee Daehwi, Kim Jaehwan, Ong Seongwu, Park Woojin, Lai Kuanlin, Yoon Jisung, Hwang Minhyun, Bae Jinyoung and Ha Sungwoon, kicked off the night with the 11-member version of ‘Never’, as well as new songs ‘Energetic’ and ‘Wanna Be (My Baby)’. The boys went on to heat up the night with a mix of their latest tracks off their debut album ‘1×1=1 (To be One)‘ and some of fans’ favorite songs from the ‘Produce 101‘ discography. And watching ‘Pick Me (Nayana)‘ LIVE was definitely a highlight of the night for many! 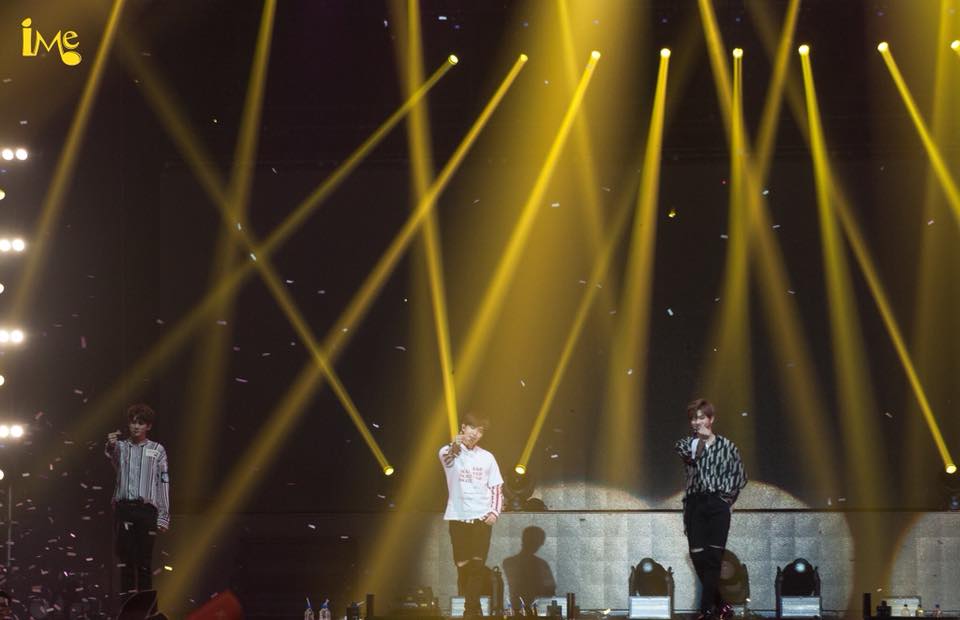 Adding to the visual feast and ear orgasm, Wanna One also treated fans to a good laugh during the many game segments at the fan meet. During the ‘Wanna One Time’, fans got a refresher of each members’ charms and talents. For one, we now know that Taiwanese heartthrob Kuanlin actually started out as a model, and that Daniel has god-like hands. Hearing Seongwu imitating haegeum (traditional Korean string instrument) with his voice and seeing Jihoon doing aegyo wearing rabbit ears were also moments that we often see in variety shows but were 10x better to experience live. 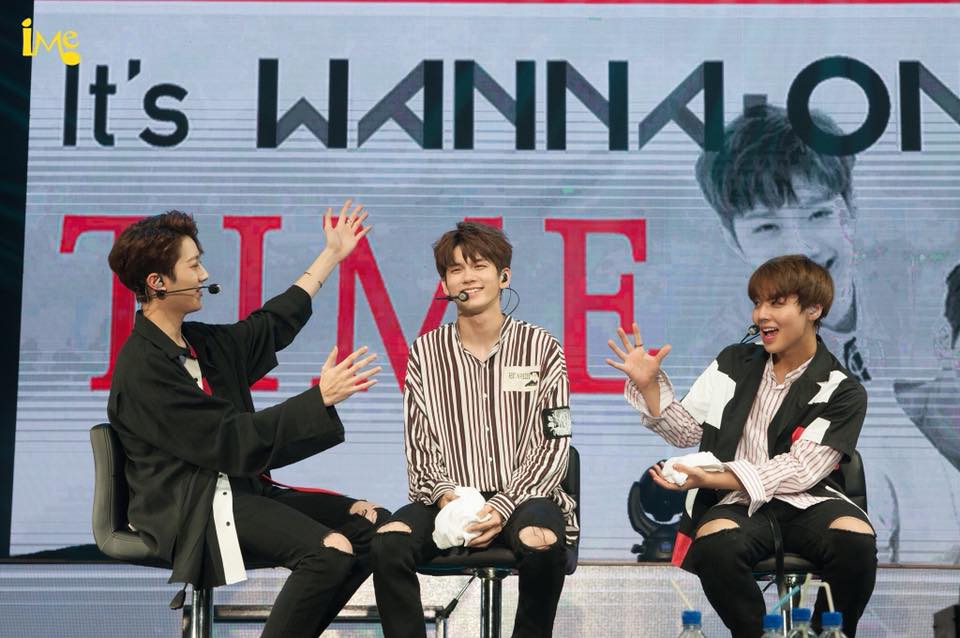 For rookies, some evergreen questions always pop up – such as what superpower would they want if given the chance. Fan service was high as the boys dished out some unconventional responses to the conventional question. Hottie Kang Daniel wanted to be a Spiderman so that he could swing from place to place and off the stage to ‘touch’ his fans (imagine the shrills of joy). Seongwu wanted teleporting power so that he could come to Singapore all the time to meet the fans, and Woojin wanted to multiply himself so that every fan can hug one ‘Woojin’ to sleep (bouts of cheering)!

Pretty boys Kuanlin and Daehwi had other thoughts. Maknae Kuanlin wanted to stay forever 17, while Daehwi wanted a superpower that ensures his makeup can brave the elements and will never melt – “I want to always show my pretty side to my fans!” When the host teased that fans will still love him without it, Daehwi chirped “But they have never seen me without makeup! (So I don’t know)”. Meanwhile, Jaehwan just wanted to stay fresh forever so that he never has to shower!

Members also got tested on their drawing skills during the segment ‘Wanna One School’. Everyone certainly tried their best at drawing the ‘sleeping look’ of the member next to them – worthy to mention was Jinyoung’s artistic adaptation of Jihoon. First, there were the dark circles under the eyes, next, it was the open eyes and ajar mouth. Not to mention the crazy electric shocked hair. To everyone’s surprise, Jihoon explained that his eyes are indeed open when he sleeps as “maybe because they are too big” – can’t refute that! Let’s also take a moment to appreciate how handsome the boys look in their school uniforms! 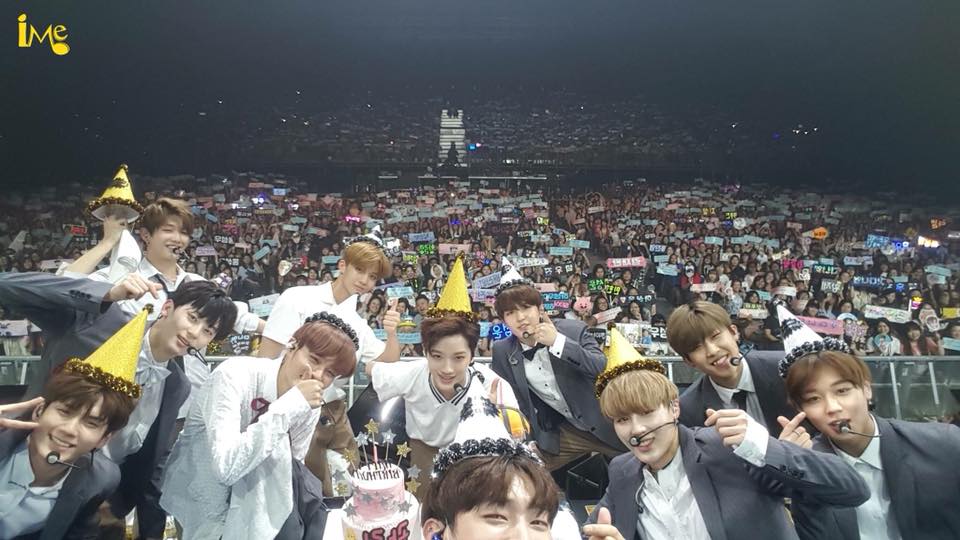 One of the sweetest moments was when the boys had a surprise birthday celebration for Kuanlin, who turned sweet 16 (17 in Korea) in September – complete with cake, mass selfie with fans and a Seongwu who stacked more than 10 party hats on his head! Even during the brief break in between segments, fans’ hearts were full while watching the video that detailed the tough practices, all the hard work and members’ gratitude for the relentless support from Wannables.

The boys finally wrapped up the 2-hour plus session with their high energy number ‘Burn It Up’, soothing ‘Always’, and the sexy ‘Hands On Me’. It was a phenomenal night! Only pity was probably fans didn’t get to watch the LIVE performance ‘Pick Me (Nayana)’ again during encore.

Jinyoung promised that Wanna One will be back in Singapore, and we certainly hope the boys could! After all, members are set to part ways at the end of next year to continue their career with their respective agencies. Bidding adieu, Seongwu did his signature catchphrase – “jinjja, jeongmal, heol, daebak, wanjeon” – to cap off the very, very, really, really daebak fan meeting!

It was an incredible event to go to and Officially Kmusic would like to extend our thanks to Three Angles Production and IME Singapore for this opportunity!