Kim Jae Hwan will be represented by an agency after finishing Wanna One promotions!

On August 8, it was revealed that the Wanna One vocalist had signed a contract with CJ E&M!

This means that once Wanna One wraps up their promotions at the end of 2018, Kim Jae Hwan‘s personal activities will be looked after by CJ E&M. This new contract is significant for Kim Jae Hwan‘s career post-Wanna One, with the singer previously having said that he had experienced “many difficult times and failures” in his journey to debuting. 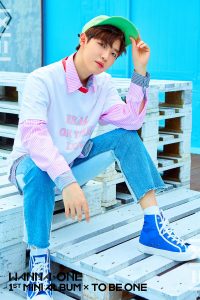 Prior to appearing on Produce 101 Season 2 and subsequently becoming the only unsigned trainee to debut in Wanna One, Kim Jae Hwan made a name for himself by appearing on a number of talent shows. He made it to the semi finals of the second season of Korea’s Got Talent, and also appeared on SBS’s Vocal War: God’s Voice in 2016.

Kim Jae Hwan made his debut alongside the other ten members of Wanna One with their title track ‘Energetic‘ on August 7. Congratulations to Kim Jae Hwan on being signed to an agency!

Follow Officially KMusic to stay up to date with the latest news in Korean entertainment!