‘Do You Want to Walk Together’ with Jang Moon Bok?

‘Do You Want to Walk Together’ with Jang Moon Bok?

Jang Moon Bok has announced his plans to release a solo single, entitled ‘Do You Want to Walk Together?’

The former ‘Produce 101 Season 2’ trainee took to his personal Instagram account to announce the news. He posted a video which features him drawing a long boulevard, with a sailboat, clouds and a sun, and a coming soon date – 2017.07.20.

Jang Moon Bok’s agency, ONO Entertainment has confirmed that the digital single will indeed be released on July 20, eight months after the release of his last single.

Jang Moon Bok gained notoriety on ‘Produce 101’ for his unique look and long hair. He has kept himself busy since his time on the show, and is scheduled to appear on Korean variety show, ‘The Return of Superman.’ 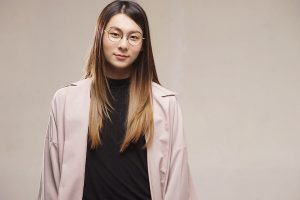 Will you support Jang Moon Bok?