Did You Watch Descendants Of The Sun Episode 6?

Did You Watch Descendants Of The Sun Episode 6?

‘Descendants of the Sun’, the romance drama of the season is becoming more addictive with each episode. The love story between captain Yoon Shi Jin and doctor Kang Mo Yeon still remains unsolved. They are caught-up in an unforgivable play of their own destinies.

Let’s recap the latest bit of the story.

‘What should I do, should I apologise or confess my love?’ The question of Captain Shi Jin, which remained unanswered has finally been addressed. Certainly, it is not what anyone of us had expected.

Doctor Mo Yeon, who has not figured out her own feelings yet, is still confused about Captain Yoon, who confessed his love in-front of her. She accepts his apology for their kiss instead of his confession. She sounds cold towards him. Then again she is a woman who seeks a lover to remain by her side. Shi Jin is a soldier whom she finds difficult to see through. He accepts the rejection with a feeling of guilt and a broken heart. 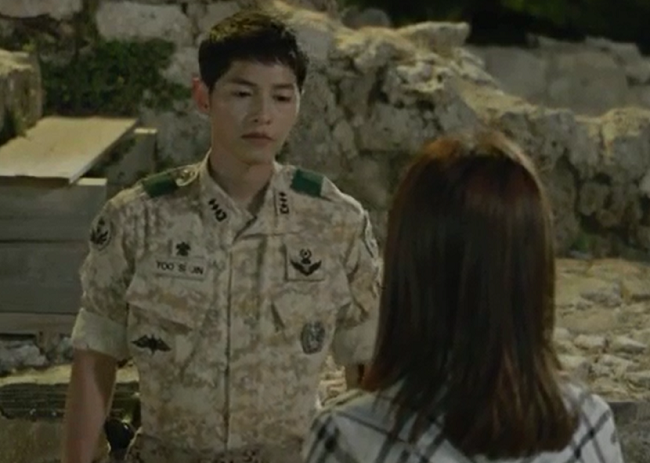 They separate once again. Shi Jin is transferred back to the base in Korea without even saying goodbye. It is not that he did not intended to do so; it is just that he lost his opportunity after Mo Yeon’s cold reactions. Knowing he left that way, Mo Yeon is hurt too. It is obvious she is in love with him too. 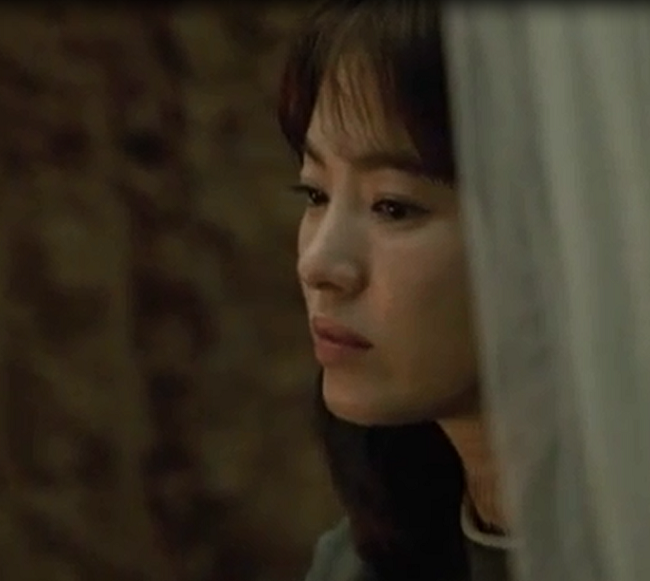 Shi Jin who returns home, meets his father. The lovely reunion of the father and the son included the deceased mother too. Shi Jin pretends to be fine. Perhaps he wants to start a new. 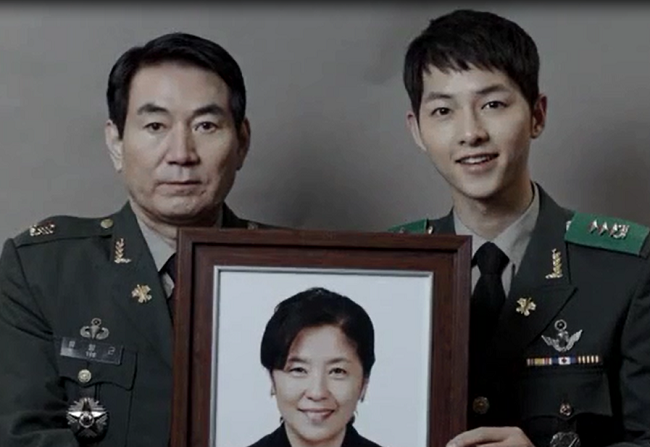 On the other side Sergeant Major Seo Dae Yong is on another mission – training his team. His charisma is undeniable. Although trainees are a bit tortured, I am pretty sure no one hates him. And he has a surprise visit from his only friend, Shi Jin. I truly adore their friendship, which is filled with love, loyalty and honesty. Also, you can see some of Shi Jin’s amazing skills.

The two friends have a reunion with a good dinner and a drink. Few soldiers who arrives at the place, for whom Dae Yong had been an evil instructor, mess things a bit for them. They remember a promise made by Dae Yong to fight against them and picks on him. They mean it. What’s left to do? They don’t seem to let it go. ‘When I count to three, let’s escape’, and Shi Jin goes, ‘one’…..way before the ‘two’, ‘three’ is counted ahead, and Dae Yong runs for life. Shi Jin has no other choice but to follow. They are chased by almost an entire army to a far, yet a close to Dae Yong’s house place, where they manage to survive the dangerous yet fun run-for-life play, by hiding away. 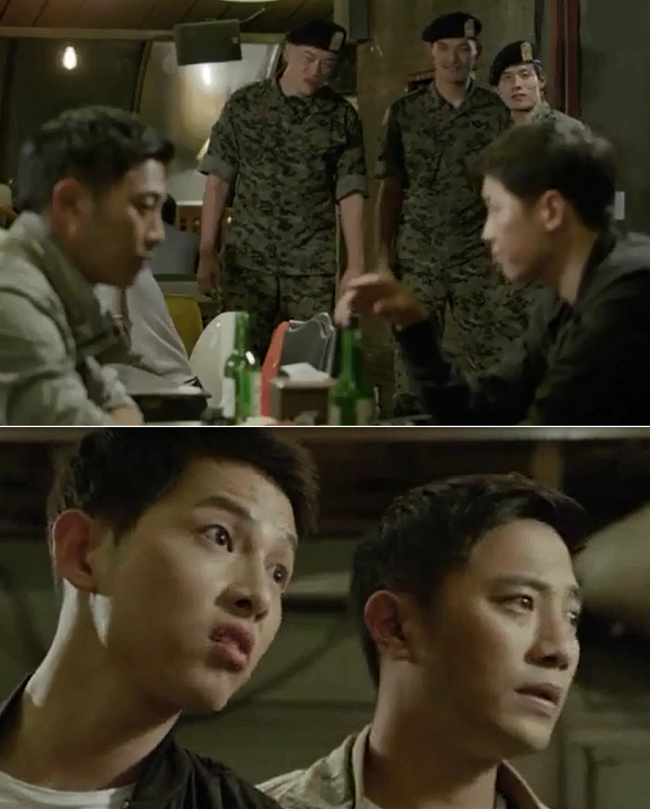 Dae Yong proceeds to his home, leaving Shi Jin to return to his residence on his own. Not much later, Dae Yong’s heart starts pounding. He receives a call from his love, First Sergeant Yoon Myeon Ju, from whom he tries to escape so much and with whom he has a complicated history. This time he decides not to escape. He answers her call, although he prefers only hearing her voice. Anyone can escape someone’s feelings, but never one’s own. 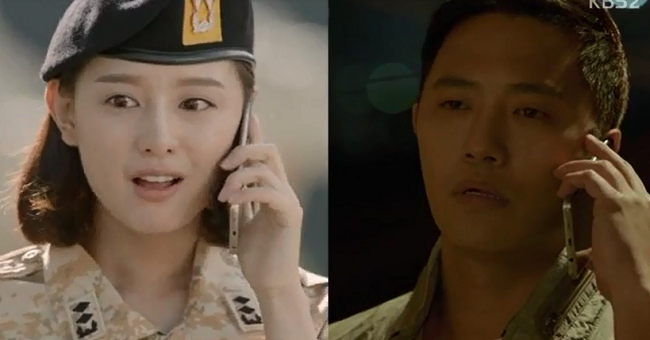 In the other end in Urk, Mo Yeon is trying to escape her feelings of regret, for letting Shi Jin go, whilst Shi Jin spends his vacation trying hard to forget his love, he thinks he lost. It’s a relief Shi Jin got Dae Yong around. Shi Jin gets busy becoming the love coordinator between Dae Yong and Myeong Ju. 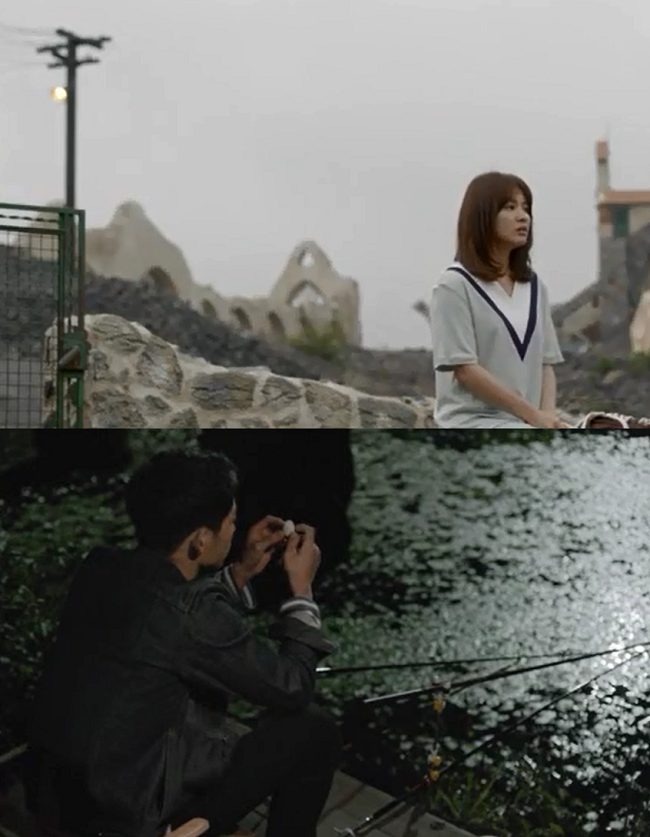 It’s Mo Yeon’s time to return too. The medical team is to leave the Urk site back to Korea. The team is divided into two and Mo Yeon leaves with the first group. They only took off from the site to the airport, things change in a blink of a time. Urk is struck by an earthquake which destroys the entire land. Mo Yeon, being a doctor and the leader of the team, never wants to leave without being in help for the victims, and never wants to leave back the team’s other half. Despite the officer’s objection, she returns to the site which is completely destroyed. Mo Yeon is quite capable of being unstoppable. 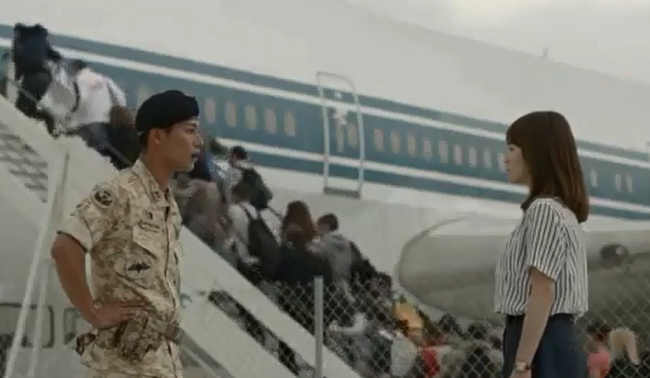 The separation don’t seem to remain as it is. Korea dispatches the best of their soldiers back to Urk, in order to provide assistance in the destroyed area. Shi Jin gives up his vacation and Dae Yong volunteers too.

The medical team does their best to treat the survivors. The dispatched team of soldiers arrives at the site in Urk. Mo Yeon who sees Shi Jin back in front of her eyes, finds herself fluttered and breathless. Shi Jin cannot seems to find a way to take his eyes off of her. But their love doesn’t seem to pass through yet. It’s again a meeting which is not yet a meeting for them.

Stay tuned to Officially KMusic for the recap of the next episode, and let us know what you felt watching this episode in the comments below.