More updates have dropped leading up to the official release of the collaborative track. 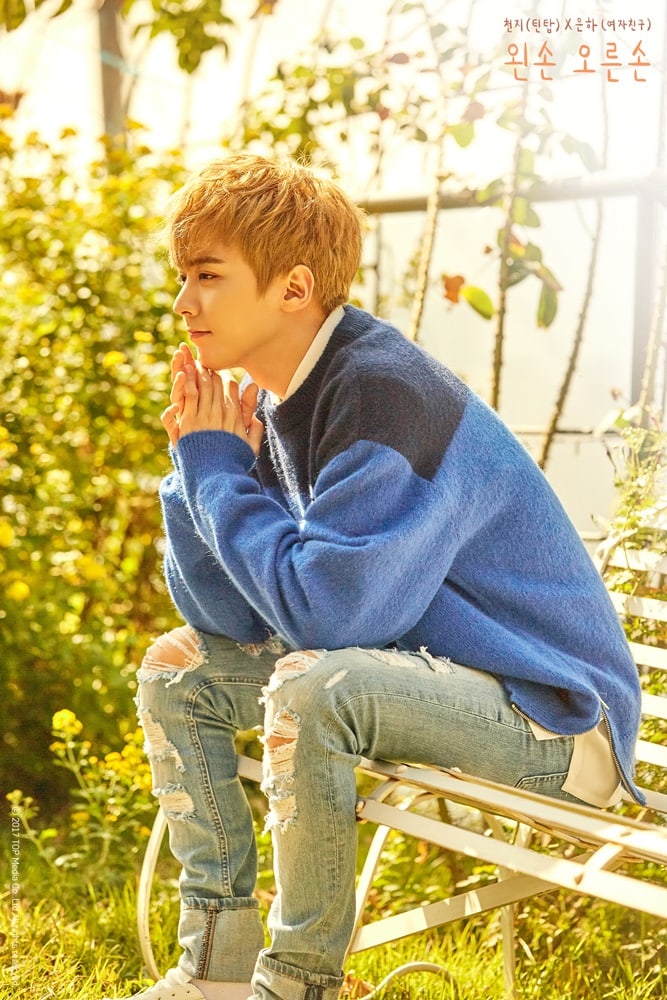 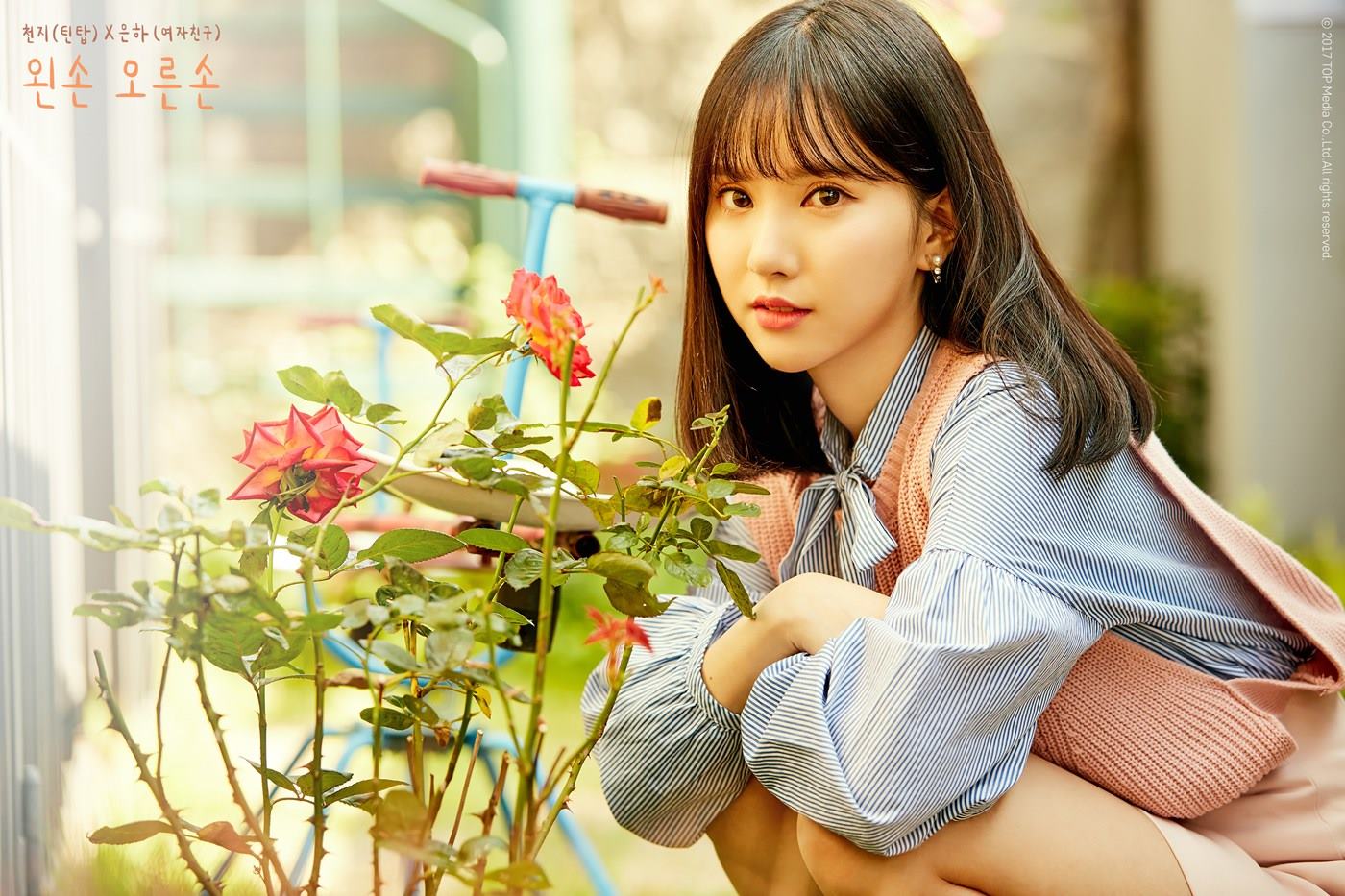 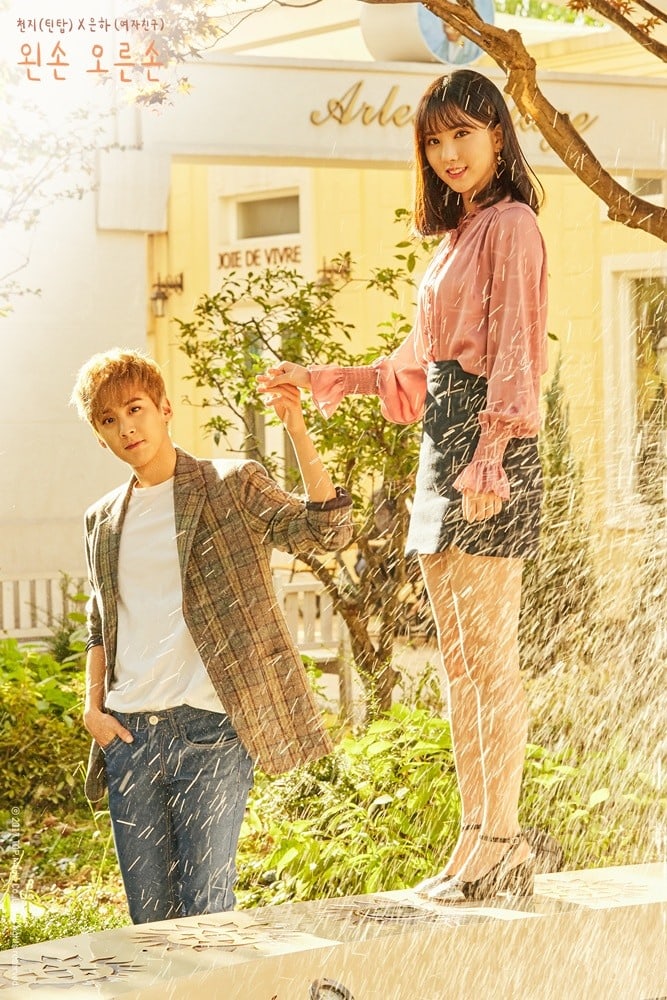 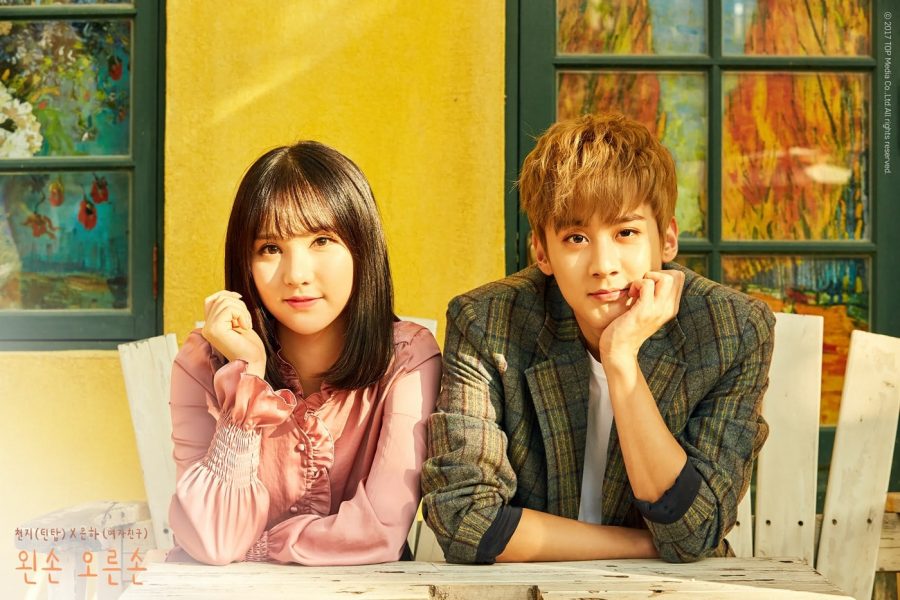 These images give off a summer love vibe. The first two individual shots are of Chunji and Eunha respectively. As Chunji looks away, Eunha stares right at the camera. There’s a delicateness to each image. The next two show the pair on a sweet summer date. The first shot they took showed them holding hands as they play by a water fountain. The second has the two staring into the camera, almost making the audience part of their date.

Eunha and Chunji makes your heart race in teaser clips

In the clip above we can see an animated version of the cartoon image that was released initially. The image has turned into a comic strip style video which also teases the lyrics to the song. The lyrics translate, ‘My left hand and your right hand, my heart races when I think about holding each other’s hand tightly and walking down the streets together.’

Teen Top‘s Twitter revealed the next two teasers. The first is a solo shot of Chunji looking like maximum ‘boyfriend material’. While the second is of Eunha and Chunji together, sharing a delicate coffee date. Both teases the melody of the track, just that little bit more.

A chance of eye contact with Chunji and Eunha

If only we could tilt our computer screens. Then it’ll feel like we were right next to Eunha and Chunji in the next set of teasers. 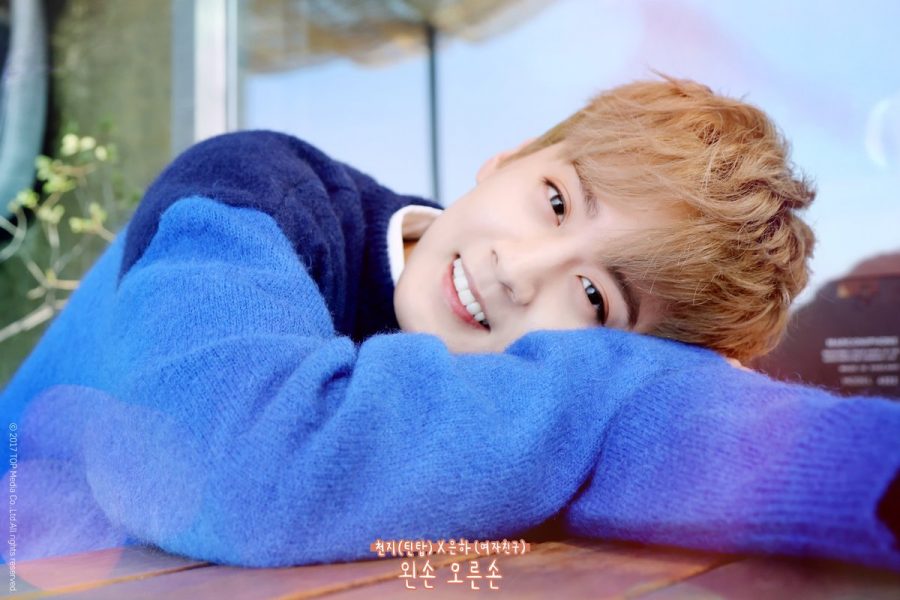 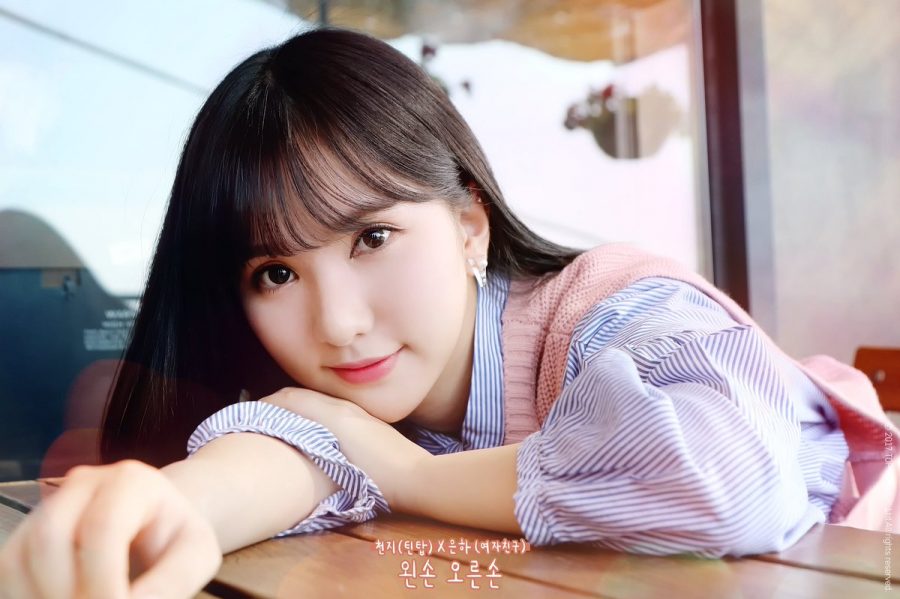 Or would you rather share a meal with them? Because the pair looks quite chummy in the next teaser video as they share a meal.

Take a walk in Eunha and Chunji’s shoes!

Chunji and Eunha have dropped lyric teaser images ahead of their collaborative track. Teen Top‘s twitter dropped six lyric teaser images. They contain sweet phrases such as ‘I’ll love and cherish you, only you.’ Check out the images yourself. 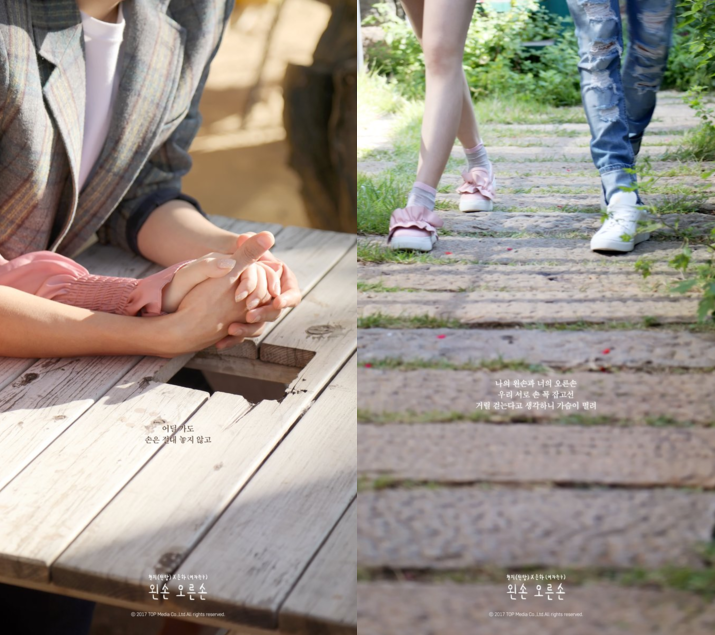 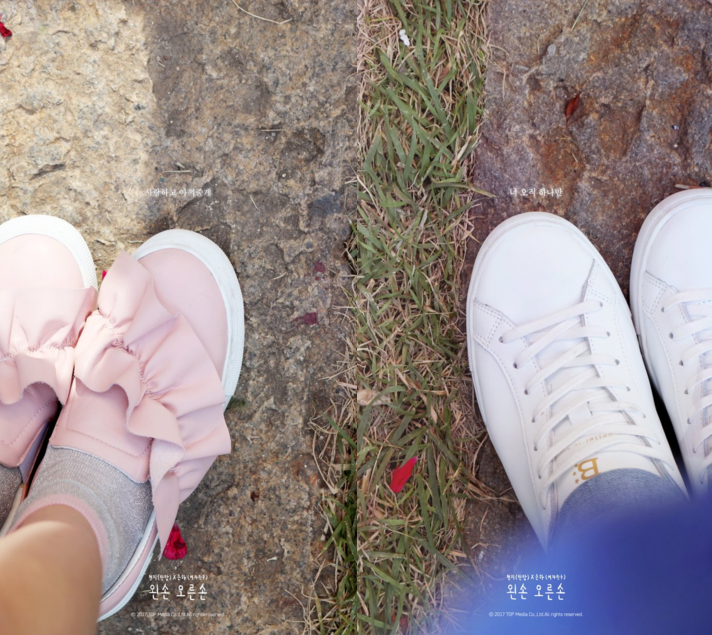 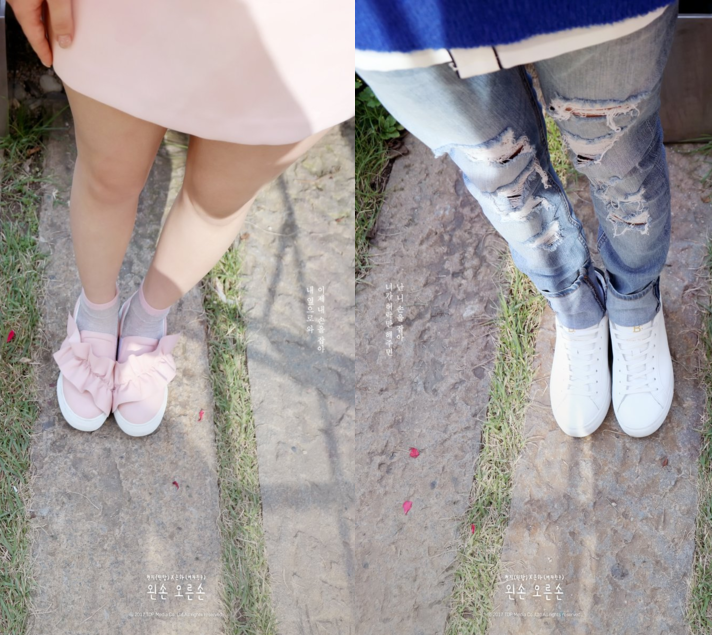 They were followed by a cute clip of Chunji greeting Eunha as she arrives for their date. With an outfit change, Chunji looks like an absolute prince charming as he greets the gorgeous Eunha.

Eunha and Chunji ask you to go with them in the latest teaser!

Are you excited for this sweeter than candy duet? Or do you wish you had Eunha or Chunji to be the left to your right hand?

Follow Officially Kmusic for the latest updates in K-pop news!

Scroll for more
Tap
TWICE invites you to have fun in their new ‘Likey’ teaser images
See what VAV get up to in a day in ‘She’s Mine’ concept film!
Scroll