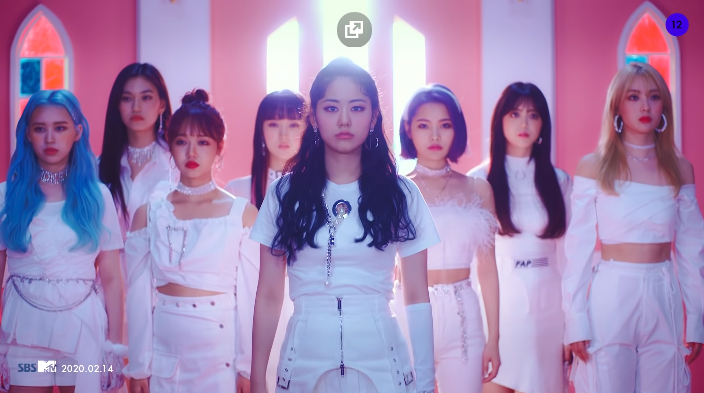 Both teasers feature the same music which feature a clear vocal, and funky bass line and almost whimsical instrumental. The first MV teaser though shows us the members staring into the camera before member Lua walks up and the group follows. This results in all of them staring at a cake with a happy face on it. It then cuts to Doyeon who after moving out of the shot, shows an old picture of a woman being hugged by someone with a frowning face emoji as their head.

The second MV teaser contrasts in that we get a sneak peek of the unique yet catchy choreography. Another scene shows Doyeon looking elegant whilst holding and examining a diamond. Overall the two MV teasers give the impression the song will be a fun, light, upbeat song from the group.

This comeback will see the return of member Yoojung following her hiatus due to health reasons in October 2019. It will be their first release since their 1st repackaged album released back in ‘Week End LOL’ August last year.

Are you excited for the girl group’s comeback? Let us know in the comments below!