Will SONAMOO Be The Female Version of B.A.P?

Will SONAMOO Be The Female Version of B.A.P?

TS Entertainment is about to debut their second gir lgroup, SONAMOO. Until now, we were driven to believe that the girls were going for a dreamy concept and will resemble their sister group SECRET, but it seems like, in fact, they’ll be more like B.A.P.

In a recent controversial teaser for their debut album, which is named “Deja Vu,” the girls are all dressed in army clothes and looking powerful. This wouldn’t be a problem at all in old days, since it’s a pretty awesome concept for a girl group, but the problem is that everything in the photo reminds of B.A.P’s “Warrior.” Take a look: 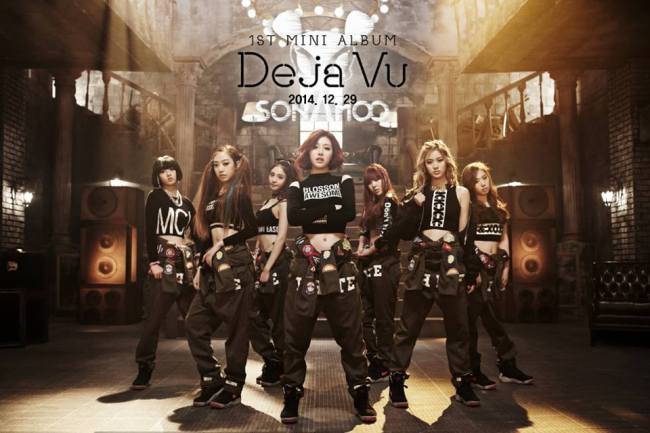 If SONAMOO’s debut was scheduled to drop… let’s say… six months ago, this concept would have blown everyone’s minds and leave fans more excited than ever. A female version of B.A.P? That’s the concept we were looking for! But, was it really a good idea to debut them with such a concept, after B.A.P decided to nullify their contract with TS, leaving many fans extremely angry with the company?

As if the above picture wasn’t controversial enough, they later released a photo of what seems to be SONAMOO’s new logo. Check it out below and see if you can find something familiar:

There’s no doubt that it was based on B.A.P’s Matoki, and it has just left fans even more upset. Releasing a MV teaser for “Deja Vu” later, that reminded even more of B.A.P, hasn’t helped at all:

Let’s face it: the deja vu concept itself is cool. The girls using so many things that remind of B.A.P (a group that has succeeded since their debut), as if honoring the guys, would have worked totally well for them a few months ago. But was it really a wise decision to keep with this concept, after so many things have happened between TS and B.A.P? For many fans, it just looks like TS is saying “It’s not a problem if we don’t have B.A.P anymore, SONAMOO will replace them.”

The girls probably have songs on their album that don’t sound like B.A.P’s songs, and if TS wanted the deja vu concept so badly, it’s not like they didn’t have time to take new photos for their album that reminded more of SECRET than B.A.P. Also, since their debut date has only been announced a few days ago, it’s not like they couldn’t postpone SONAMOO’s debut to late January in order to rethink their promotion strategies.

SONAMOO was going so well with the Christmas-themed stuff since they represent the pine tree (a very important Christmas symbol), and they are so talented, it will be frustrating if their debut is compromised because of the wrong promotion.

We wish all the best for the members of SONAMOO, and hope they can succeed despite the anger of the fans against TS Entertainment.