WINNER’s Mino releases the track list for his album ‘XX’

WINNER’s Mino releases the track list for his album ‘XX’

On 20th November, Mino (a member of the group WINNER) released the track list for his upcoming album ‘XX‘. This is his first solo album. However, he has released individual singles in the past. 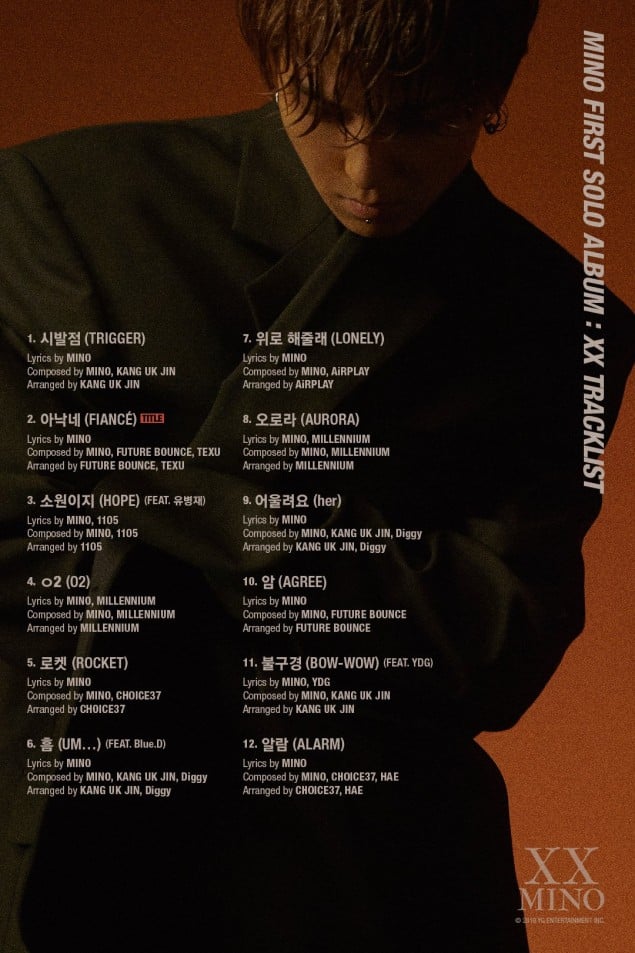 The album releases on 26th November, KST. The fans seem extremely excited for this album because not only did Mino collaborate with a variety of artists for some songs, but he also composed and wrote all the songs in the album.

What do you think about Mino‘s track list? Let us know in the comments below.