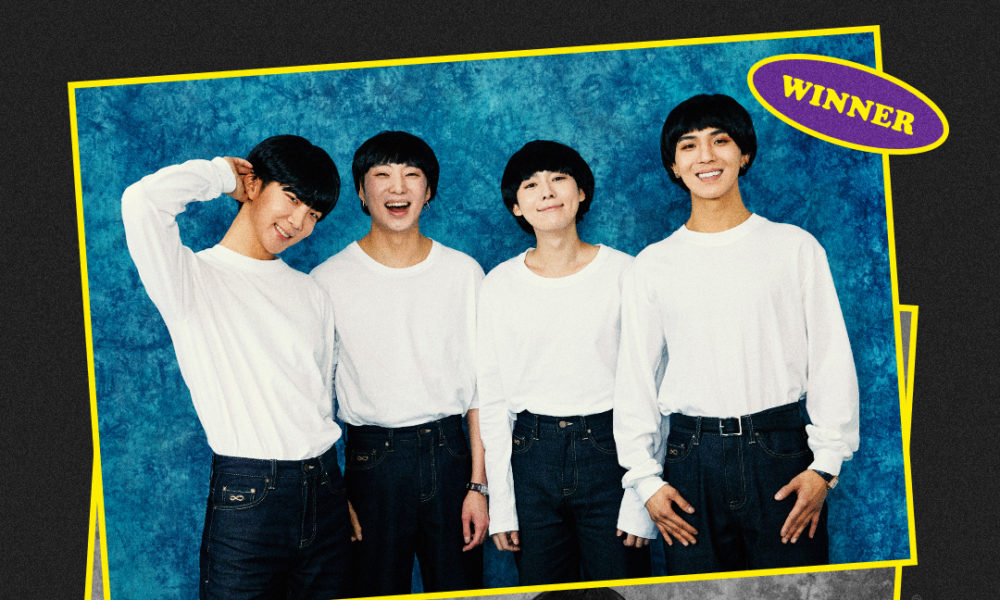 On March 20th, WINNER released credit teaser poster for their upcoming pre-release single, ‘Hold’. The following day, they dropped a finger dance teaser with a tease of the chorus of the track. Check them out below!

In the teaser poster, we see all the members in cute bowl cut hairstyles, all lined up with each other, smiling. This gives an indication the track will have a fun or at least quirky concept to it.

The finger dance teaser really cements this, with member Mino showing a man and woman (represented by his two hands), walking towards each other and dancing, before doing a cute kiss at the end.

‘Hold’ is a pre-release single that will be released on March 26th, 6PM KST. It comes off the group’s 3rd full album, ‘Remember’, which will drop on April 9th, 6PM KST!

This comeback will mark their musical return in approximately 6 months since the release of their 3rd mini album, ‘Cross’ released back in October 2019. Furthermore, it may be the group’s last full-member comeback as members Jinwoo and Seunghoon will have to enlist into the military sometime with 2020.

How do you feel about WINNER‘s comeback? Let us know in the comments below!