WINNER reveals the first part of their ‘EVERYD4Y’ tracklist!

WINNER reveals the first part of their ‘EVERYD4Y’ tracklist!

Yes, that is right! WINNER has dropped the first part of their ‘EVERYD4Y‘ tracklist. That means that there will be the second part, indicating that the boys will be returning with many tracks this year! So, check out the first part below! 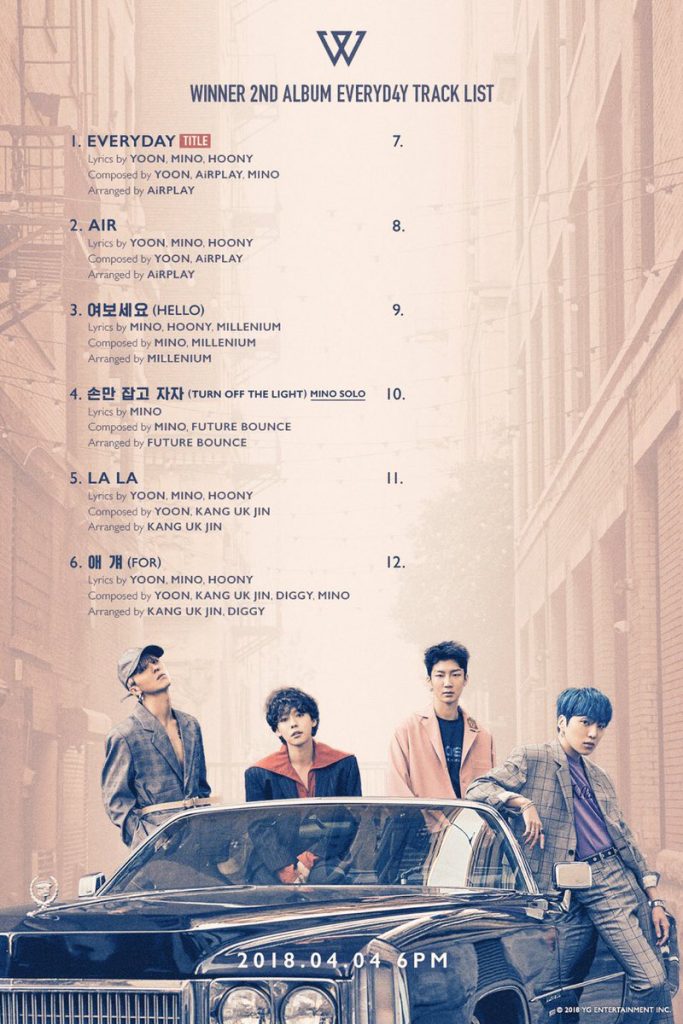 So far, they have revealed half of the tracklist. There will be a total of twelve tracks in this album. So far, we have been told of the following tracks: the title track, ‘Everyday‘, ‘Air‘, ‘Hello‘, Mino‘s solo track, ‘Turn Off The Light‘, ‘La La‘ and ‘For‘. Most of these tracks have been written, composed and arranged by the members. It is not every day we get twelve tracks from WINNER so fans are definitely jumping with excitement for their upcoming return!

‘Everyday‘ has been described as a sophisticated cheerful trap song with minimalistic sounds. It also has distinct characteristics that will draw you in. Finally, the lyrics talks about being happy everyday with people they love! Are you excited to see how the track sounds like?

Meanwhile, WINNER will make their hot return on April 4th. Are you ready? Let us know in the comments below!

Scroll for more
Tap
Euiwoong is next to reveal his ‘Blinded Dreams’ concept film!
The Boyz begins ‘The Start’ of their highlight medley!
Scroll
Loading Comments...