On November 18th, Mino from WINNER released the second title poster for ‘Fiancé’. This is the title track of his upcoming debut solo album ‘XX‘. He will make his solo debut on November 26th. 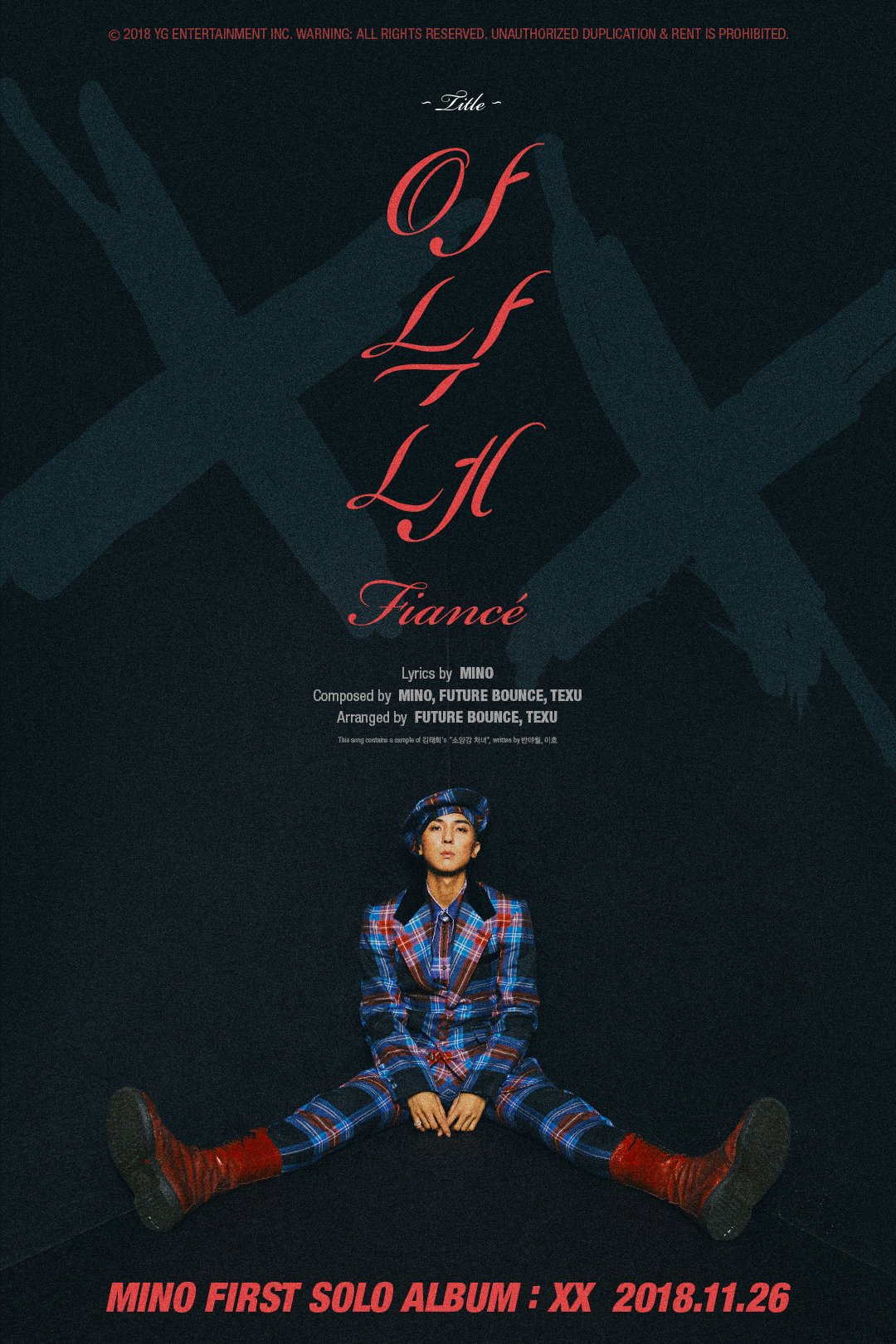 The title poster lists the details for the title track. Mino composed and wrote the lyrics for ‘Fiancé‘, with some assistance in the composing part. The title is written in cursive text. At the bottom of the poster, Mino sits with his legs open. He is wearing red boots and a checkered blue and red suit with a matching beret.

What do you think of Mino‘s second title poster for ‘Fiancé‘? Let us know in the comments below.