Winners for the soundcheck for Wanna One’s ‘One: The World’ in Melbourne concert revealed!

Winners for the soundcheck for Wanna One’s ‘One: The World’ in Melbourne concert revealed!

As many know, Wanna One will be heading to Melbourne with their ‘One: The World‘ tour this week. For those who got VIP, they had a chance to win a chance to see the members at the sound check. Now, IME has announced those winners. So, check out the list below!

With the following list, it lists a set of numbers. These numbers are your PAX number which is located on your ticket. Note that only one person is entitled to win per PAX number. Furthermore, winners can claim their wrist ag at iMe Redemption Booth at the Cloak Room just beside the main entrance. Redemption of wrist tags will start at 12 noon until 3 in the afternoon. The doors will open at 3:30pm for the Soundcheck. At 3:45 pm, the Soundcheck will begin. There may be time changes without prior notice so stay alert! 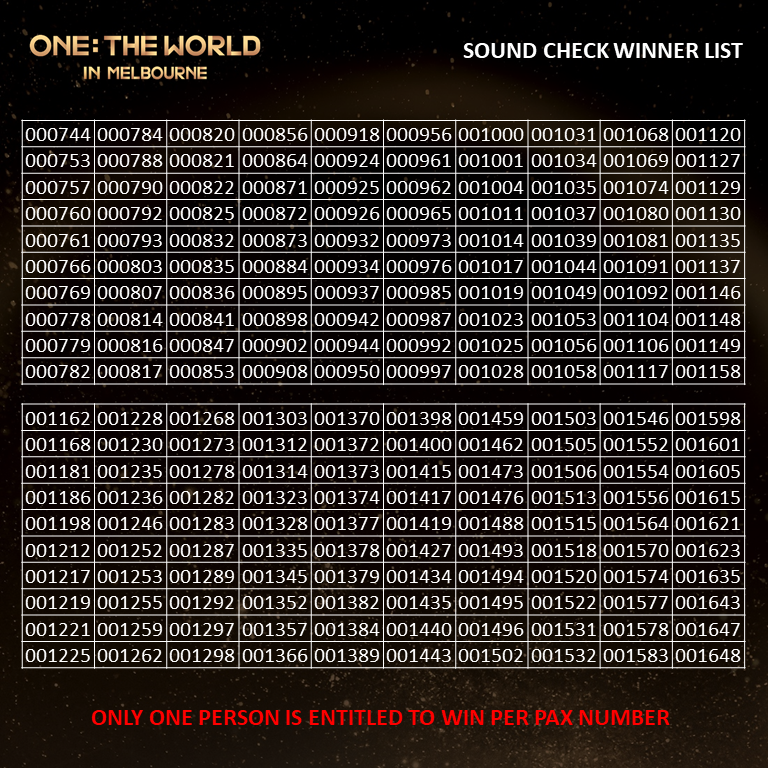 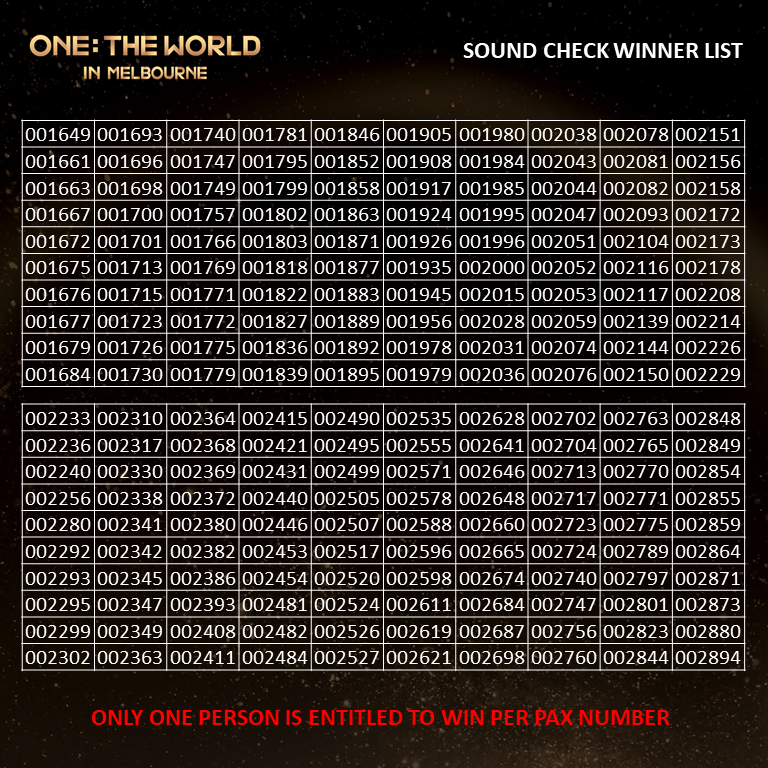 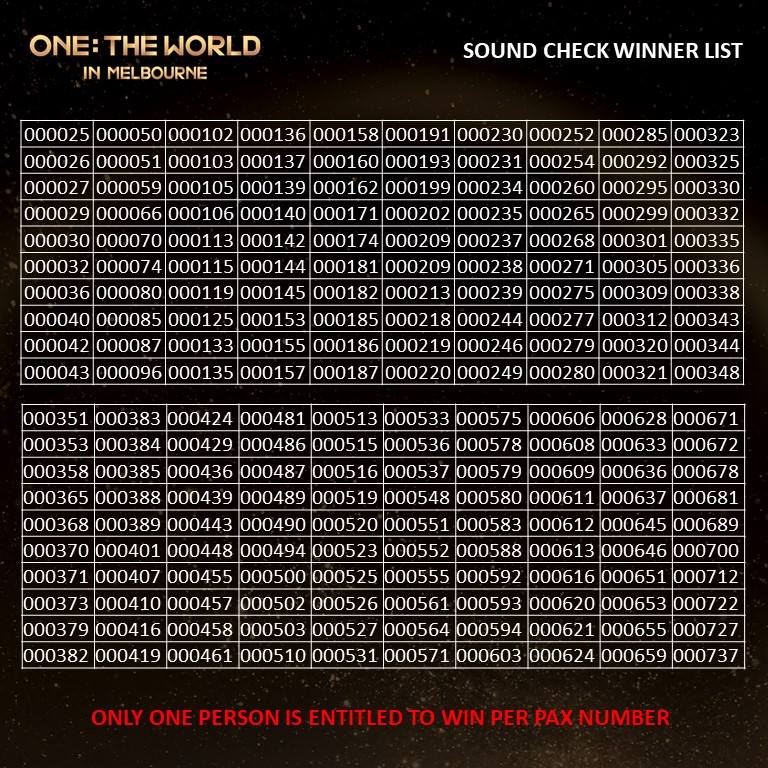 Did you win? Let us know in the comments below!

Meanwhile, IME has also made a list of the kind of things that you can NOT bring into the venue. This includes items that will not be allowed into the sound check as well. So, be sure to check out the list before you head off! 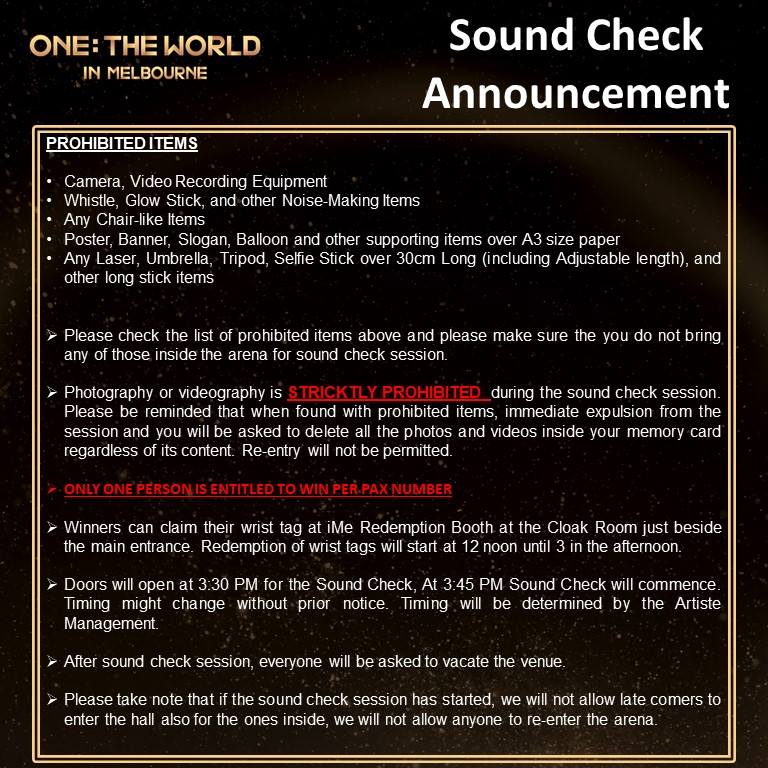 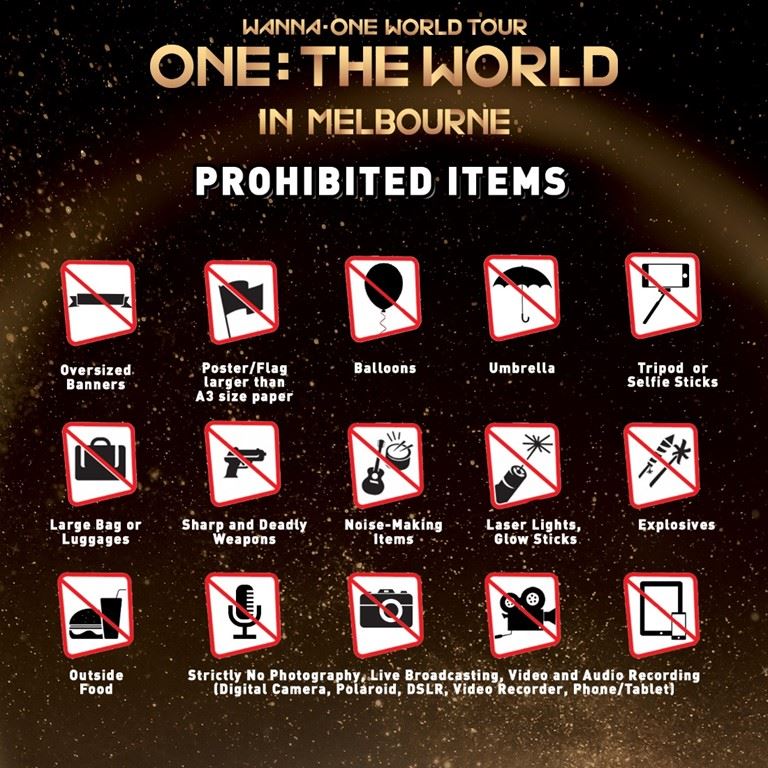 Some things to note is no bringing in whistle, poster or slogan that is larger than A3 size paper, umbrellas, selfie sticks, outside food and a large bag. On top of that, there is strictly no photography, video and audio recording!

Also, for those of who have yet to get tickets to this amazing event, this is the time to get it! The show will be held at Hisense Arena on August 17th. There are some tickets left so head here to get your tickets!

Scroll for more
Tap
Zico is King of the Zungle for You
Here is everything you need to know about the 9th Korean Film Festival in Australia!
Scroll
Loading Comments...