Inspirits have been waiting many months for Infinite to make a comeback, especially after their “7 in 1” comeback teaser that said the boys would be returning in May.

When May rolled around, we were given Sungkyu‘s second solo album, which in itself was a major treat that we’ve been waiting for for a long time. After that and since then, rumors and tidbits of news have been flying around that Infinite is in preparation for a new album in which they will be presenting to us this summer.

So when Woollim Entertainment dropped this bombshell on us on the 22nd, we couldn’t believe what we saw. They posted the picture below to their official social media accounts with this “We know you have been waiting. INFINITE is ready to start their new journey. Check on the poster for ‪#INFINITE_EFFECT”. 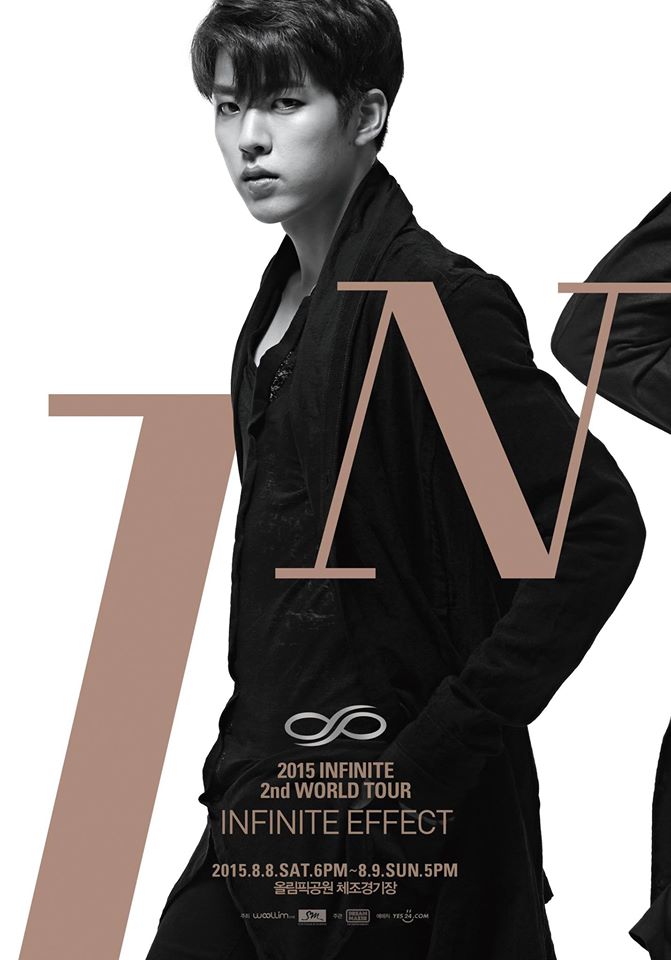 Yes, Infinite fans, after 2 years, we will be given another world tour! Infinite’s 2nd world tour entitled “Infinite Effect” will start in Seoul on August 8th and 9th.

From there, we don’t know what countries or cities they’ll be visiting, but if it was anything like their 1st world tour “One Great Step“, then it’s bound to be good!

It looks like each member will have a concert date tied to them, Sungyeol being the first with Korea. There are still 6 more members to go and so many possible concert locations which has many fans excited and left in suspense on where they’ll be heading this time around.

Information regarding if or when they’ll be coming back have not been announced, but hopefully will be soon so stay tuned with Officially KMusic on all of Infinite’s 2nd world tour announcements!

How excited are all you Inspirits? As a fan myself, I’m more than overjoyed to hear this surprising news! I was waiting patiently for them to release a new album, but I think this is even better.

Scroll for more
Tap
Bumkey Is Thankful In ‘My Everything’ Music Video
Teen Top Unveils The Music Video For “Ah-Ah” And An Album Preview
Scroll
Loading Comments...