X1, the boy group that emerged from survival show ‘Produce X 101‘, have announced their debut date via an official teaser image.

In the final episode of ‘Produce X 101‘, it was announced that the 11 members of X1 would be: Yohan, Wooseok (from Up10tion), Seungwoo (from Victon), Hyungjun, Seungyeon, Dongpyo, Hangyul, Dohyun, Junho, Minhee and Eunsang. The group picked Seungwoo as their leader in their first V-Live recently. They will promote for five years.

X1 will debut on August 27th with their first mini album and a premier show-con held at Gocheok Sky Dome, which is also where Wanna One held their first concert. 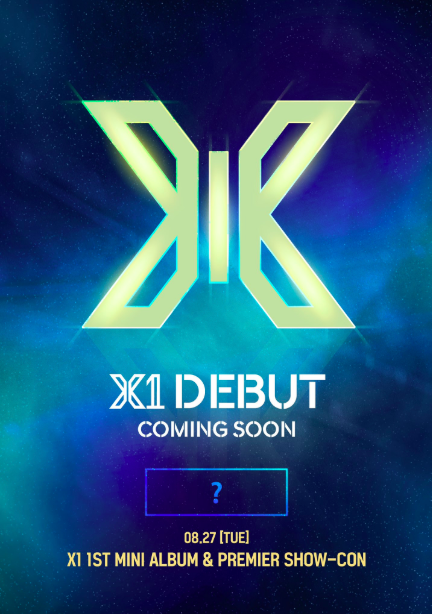 It looks like the group will make their star-studded debut very soon!

Are you looking forward to X1‘s debut? Let us know in the comments below!