On August 28th, YG Entertainment posted a teaser photo of the next artist to release a single. The photo revealed that iKON’s Bobby will be the next YG artist to drop a solo! This past month has been an exciting one for the label, releasing CL‘s official American debut ‘Lifted‘. After its massive success, it was only expected that YG Entertainment would release more music from one of their artists. 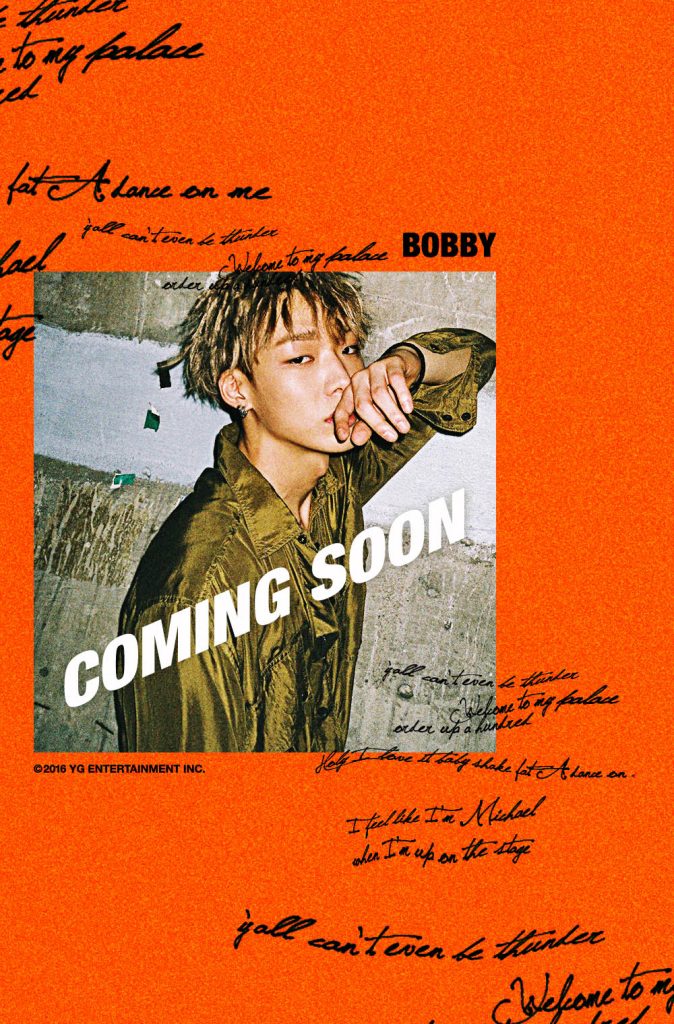 Bobby’s teaser is a bit on the mysterious side. Posted on both the official Facebook and website, the captions read “Bobby-Coming Soon”, along with the hashtags #NEWRELEASE and #SEP2016. Will this be a single or will it be the solo album fans have been waiting for?

What do you think about Bobby’s new teaser? Leave a comment below!

Keep in touch with Officially KMUSIC to see more news about KPOP and the Korean entertainment world.