Yoon Mirae has revealed her ‘GEMINI 2‘ tracklist. So, check it out below! 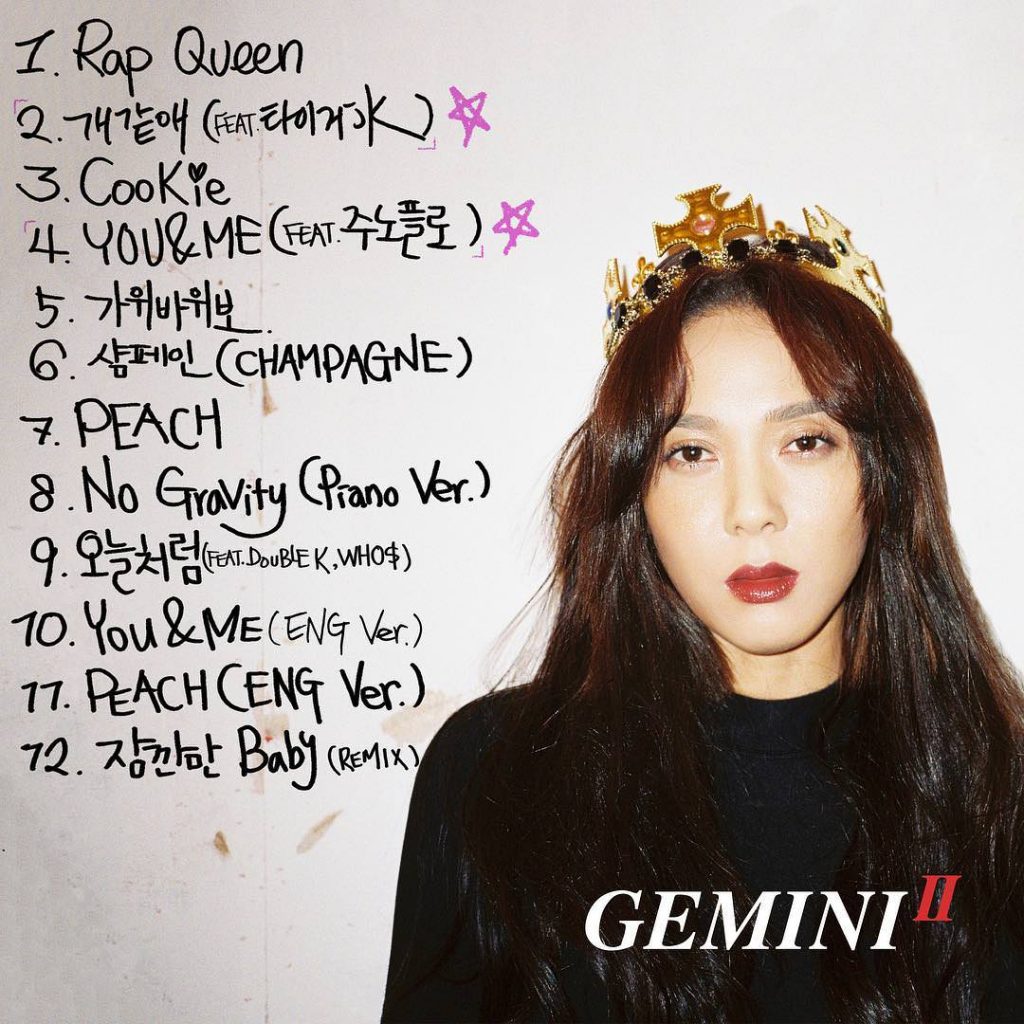 This album will have a total of twelve tracks. This album will have a double title track which is called ‘Like A Dog‘ featuring Tiger JK and ‘You & Me‘ featuring Junoflo. This album also features pre-released tracks including ‘No Gravity‘ and ‘Kawibawibo‘. Other tracks that will be part of this album includes ‘Rap Queen‘, ‘Cookie‘, ‘Peach‘ and English versions of ‘Peach‘ and ‘You & Me‘. There is a lot of tracks for everyone and it will be exciting for her to make her return.

Meanwhile, Yoon Mirae will be back on July 5th. Which track are you looking forward to? Let us know in the comments below!